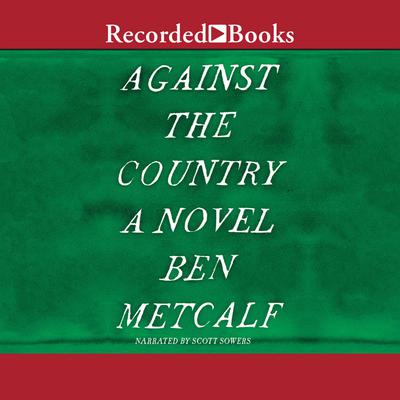 For fans of Southern Gothic, Ben Metcalf's AGAINST THE COUNTRY is an intense, sly and deceptively humorous debut novel about growing up in the wilds of Goochland County, Virginia, from former literary editor of Harper's Magazine. Beginning with his parents' decision to move away from the corrupting influences of town, and to settle instead in rural Virginia, Metcalf's narrator leads the reader through a gallery of scabrous youths and callous adults driven mad by the stubborn soil of the New World. Eloquently misanthropic, the narrator of AGAINST THE COUNTRY fully inhabits the style of the old timer's winding yarn even as he sabotages all that the forces of provincialism stand for from within. For it is through this deft and self-destructive tone that it becomes clear that the land itself, from dirtyards to farms and forests, is not mere backdrop but the living, breathing, menacing influence behind each and every inhabitant's hardscrabble existence. Ben Metcalf was born in Illinois and raised in that state and later in rural Virginia. His writing has appeared in The Baffler, Harper's, and elsewhere and has twice been included in THE BEST AMERICAN ESSAYS.