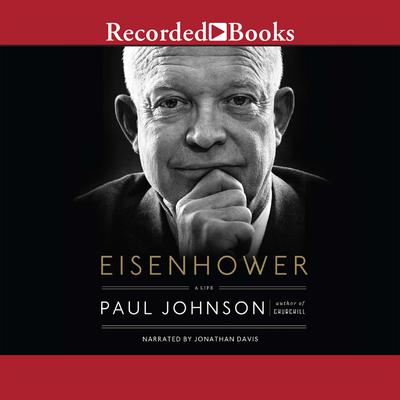 Acclaimed historian Paul Johnson's lively, succinct biography of Dwight D. Eisenhower explores how his legacy endures today. In the rousing style he's famous for, celebrated historian Paul Johnson offers a fascinating biography of Dwight D. Eisenhower, focusing particularly on his years as a five-star general and his two terms as president of the United States. Johnson chronicles Ike's modest childhood in Kansas, his college years at West Point, and his rapid ascent through the military ranks, culminating in his appointment as supreme commander of the Allied Forces in Europe during World War II. Johnson then paints a rich portrait of Ike's presidency, exploring his volatile relationship with Vice President Nixon, his abhorrence of isolationism, and his position on the cold war, McCarthyism, and the civil rights movement. Many elements of Eisenhower's presidency speak to American politics today, including his ability to balance the budget, his skill in managing an oppositional Congress, and his warnings about the military-industrial complex. This brief yet comprehensive portrait will appeal to biography lovers as well as to enthusiasts of presidential history and military history alike.