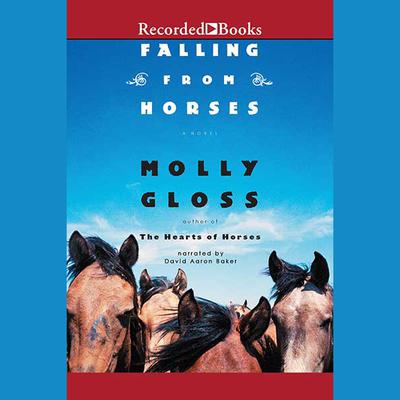 In 1938, 19-year-old cowboy Bud Frazer sets his sights on becoming a stunt rider in the movies. Fantasizing about rubbing shoulders with the great screen cowboys of his youth, he leaves his home in Echol Creek, Oregon, and heads for Hollywood. On the long bus ride south, Bud meets a young woman who also harbors dreams of making it in the movies, though not as a starlet but as a writer, a real writer. Lily Shaw is bold and outspoken and confident in ways completely out of proportion with her small frame and bookish looks. The two proceed to strike up an unlikely kinship that will carry them through their tumultuous days in Hollywood -- and, as it happens, for the rest of their lives. Acutely observed and impeccably authentic, FALLING FROM HORSES charts what turns out to be a glittering year in the movie business, seen through the wide eyes and lofty dreams of two people trying to make their mark on the world, or at least to make their way in it. As she did so memorably in her previous novel, the bestselling THE HEARTS OF HORSES, Molly Gloss weaves a remarkable tale of humans and horses, hope and heartbreak. Molly Gloss is also the author of The Jump-Off Creek, a winner of both the Pacific Northwest Booksellers Award and the Oregon Book Award, The Dazzle of Day, a New York Times Notable Book and winner of the PEN Center West Fiction Prize, and Wild Life, winner of the James Tiptree Jr. Award.