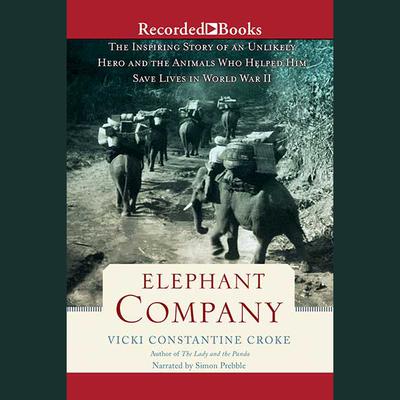 J.H. "Billy" Williams always had an affinity for animals. So, when he responded to a job offer with the East India Company to work with logging elephants his family wasn't surprised, though they were worried. He had already come back from World War I in one piece; would he be so lucky with India? Not only did he find his calling with the elephants in India, Billy and his elephants became war heroes. At the onset of World War II, Williams formed Elephant Company and was instrumental in defeating the Japanese in Burma and saving refugees, including on his own "Hannibal Trek." Billy Williams became a media sensation during the war, telling reporters that the elephants did more for him than he was ever able to do for them, but his story has since been forgotten. Part biography, part war story, and part wildlife adventure, Croke delivers an utterly charming narrative and an important, little-known piece of the legacy of World War II. Vicki Constantine Croke has been covering pets and wildlife for more than two decades. She has anchored NECN-TV's "The Secret Life of Animals" and wrote the Boston Globe's "Animal Beat" column for 13 years.