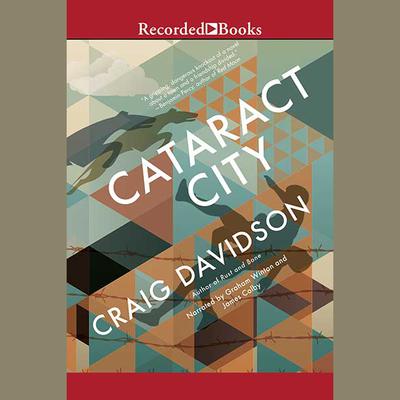 ***Shortlisted for 2013 Giller Prize*** Owen and Duncan are childhood friends who've grown up in picturesque Niagara Falls--known to them by the grittier name Cataract City. As the two know well, there's more to the bordertown than meets the eye: behind the gaudy storefronts and sidewalk vendors, past the hawkers of tourist T-shirts and cheap souvenirs live the real people who scrape together a living by toiling at the Bisk, the local cookie factory. And then there are the truly desperate, those who find themselves drawn to the borderline and a world of dog-racing, bare-knuckle fighting, and night-time smuggling. Owen and Duncan think they are different: both dream of escape, a longing made more urgent by a near-death incident in childhood that sealed their bond. But in adulthood their paths diverge, and as Duncan, the less privileged, falls deep into the town's underworld, he and Owen become reluctant adversaries at opposite ends of the law. At stake is not only survival and escape, but a lifelong friendship that can only be broken at an unthinkable price.