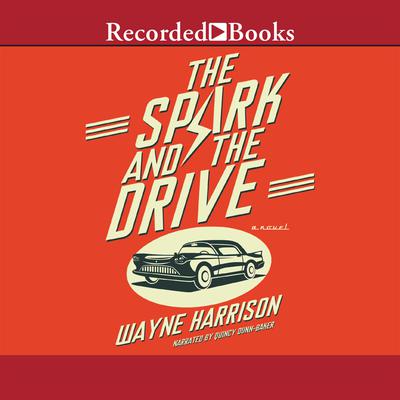 The Spark and the Drive

There's nothing I enjoy more than entering a fictional world over which an author demonstrates complete mastery. That's exactly what Wayne Harrison offers his lucky readers in The Spark and the Drive." -- Richard Russo, bestselling author of Empire Falls " Gorgeous and grittily poetic. The Spark and the Drive has all the horsepower and headlong beauty of the extraordinary machines at its center." -- Ann Packer, bestselling author of Songs Without Words " This novel vividly renders the cult-like world of muscle car enthusiasts, but the author's ultimate concerns are the sparks and misfires of the human heart. Wayne Harrison is an exciting new voice in American fiction." -- Ron Rash, author of Nothing Gold Can Stay Justin Bailey is seventeen when he arrives at the shop of legendary muscle car mechanic Nick Campbell. Anguished and out of place among the students at his rural Connecticut high school, Justin finds in Nick, his captivating wife Mary Ann, and their world of miraculous machines the sense of family he has struggled to find at home. But when Nick and Mary Ann lose their infant son, Justin' s world is upended. Nick, once celebrated for his genius, has lost his touch; his ability to intuit and diagnose a faltering engine has begun to fade. Mary Ann, once tender toward her husband, now turns distant and cold. And just as Justin draws closer to his wavering mentor, he finds himself falling into the arms of his wife. Now, torn apart by feelings of betrayal, Justin must choose between the man he admires more than his own father and the woman he loves. A poignant and fiercely original debut, with moments of fast-paced suspense, THE SPARK AND THE DRIVE is the unforgettable story of a young man forced to make an impossible decision - no matter the consequences. Wayne Harrison' s stories have appeared in The Atlantic, McSweeney' s, and Ploughshares, and one of his stories was selected for Best American Short Stories 2010. He earned a Michener/Copernicus fellowship and his short story collection "Wrench" was a finalist for the Iowa Book Award. A graduate of the Iowa Writers' Workshop, he teaches writing at Oregon State University. THE SPARK AND THE DRIVE is his first novel.