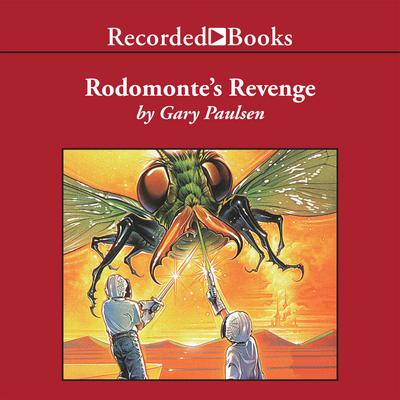 Brett and Tom are crazy about video games. In fact, they became best friends when they discovered that they could beat all their opponents. Now they're ready to take on the best one of all-Rodomonte's Revenge-a new virtual reality game that just opened in the mall. Fire rivers, enormous buzz-bugs, impossible cliffs, and a treasure-filled castle are all exciting parts of the skill levels. But when the game begins to take over Brett and Tom's minds, they fear that they might become a permanent part of the action. In a terrifying virtual landscape, the two boys must conquer the program, or suffer very real consequences. The Gary Paulsen World of Adventure series whirls reluctant readers into the joys of reading. Filled with believable characters and deftly narrated by Jeff Woodman, each adventure delivers nonstop excitement. Rodomonte's Revenge also includes a useful guide to video game survival. 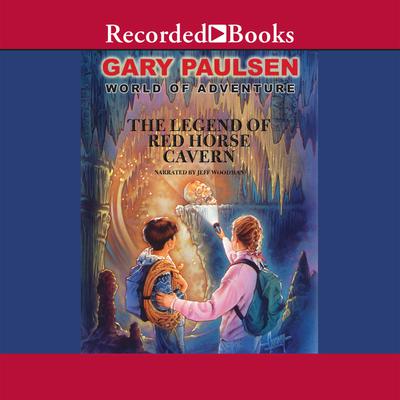 The Legend of Red Horse Cavern

William Little Bear Tucker and his friend, Sarah, love to explore the caverns of the Sacramento Mountains. Some day the two youngsters hope to find the cave that holds a golden Apache statue that vanished long ago. But one afternoon, when they discover some spectacular rooms in one of the caverns, they also realize that they aren't alone.... Read more »

Brett and Tom are crazy about video games. In fact, they became best friends when they discovered that they could beat all their opponents. Now they're ready to take on the best one of all-Rodomonte's Revenge-a new virtual reality game that just opened in the mall. Fire rivers, enormous buzz-bugs, impossible cliffs, and a treasure-filled castle... Read more » 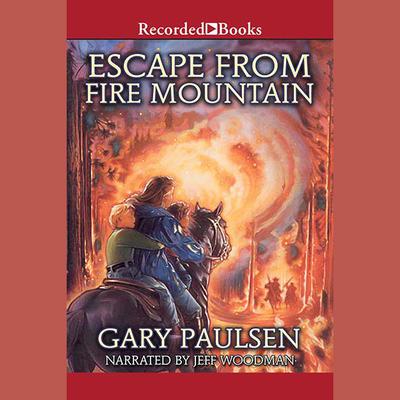 Nikki Roberts feels very grown up when her parents leave her alone in their mountain lodge for a few days. The 13-year-old has promised them she will not take any long horseback rides or canoe trips, so she saddles Goblin and heads for a nearby sheep meadow for the afternoon. It's not long before Nikki's trail leads her into perilous territory.... Read more » 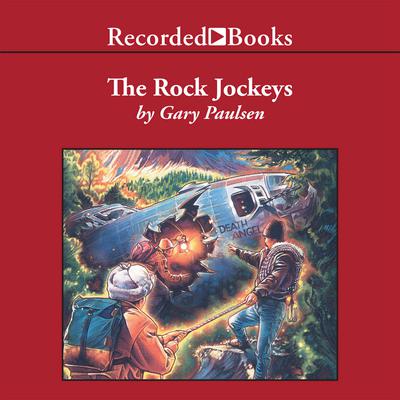 Rick, J.D., and Spud are the Rock Jockeys. They have been practicing their climbing skills for months. Now they're ready to tackle the sheer mountain face known as Devil's Wall. Their equipment is in top shape; supplies are packed. With teamwork and perseverance, they hope to reach the top by nightfall. As they climb, the Rock Jockeys recall the... Read more » 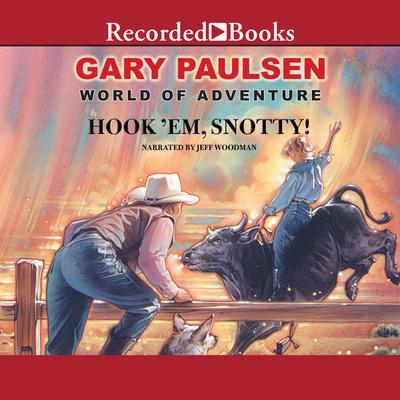 Bobbie always spends her summers breaking horses and rounding up stray cattle on Grandpa's ranch. But this year is different. Alex, her cousin from Los Angeles, is visiting. And Bobbie doesn't want to ruin her summer teaching a "city greenhorn" what to do. While saddling up their horses to search for cattle, the two girls start a vicious feud.... Read more » 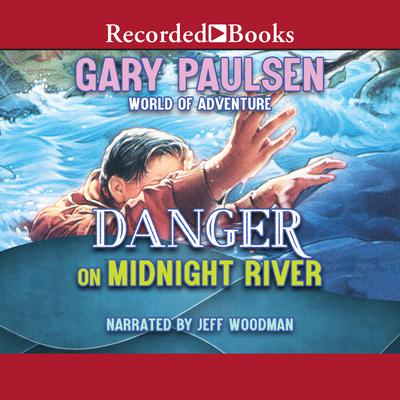 Since his father died, Daniel Martin looks forward to summers with his uncle in the mountains. They have a great time practicing outdoor survival skills. But this summer his mother is sending him to Camp Eagle Nest. When he boards the camp van, Daniel's heart sinks. Three boys from school-who always tease him-are going to camp, too. Soon the... Read more » 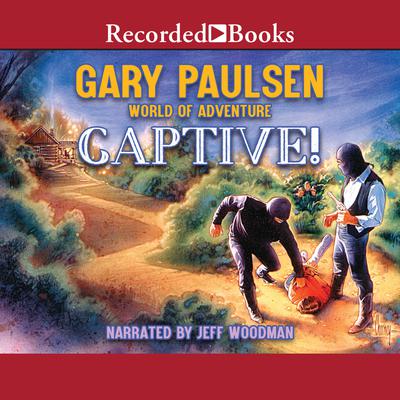 Ever since his father, a policeman, was killed on duty, Roman Sanchez hasn't been getting along with his friends. And today is another boring day in school. Just as the class is taking a test, two men wearing ski masks sneak into the room. "We're going on a little field trip," one man announces, waving a gun. The kidnappers hustle Roman and his... Read more » 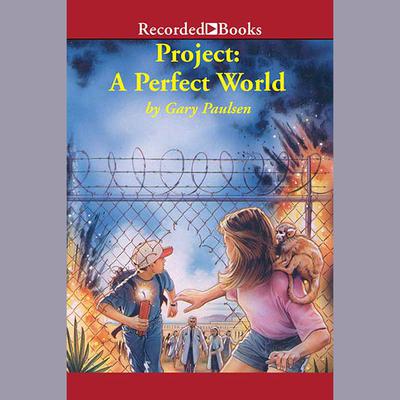 Folsom, New Mexico is young Jim Stanton's new home. His father has been given a wonderful job at Folsom National Laboratories. The company has provided the Stantons with everything they need, including a fabulous house and even a brand new car. The only trouble is that it all seems a little too perfect. Curious, Jim goes hiking in the nearby... Read more » 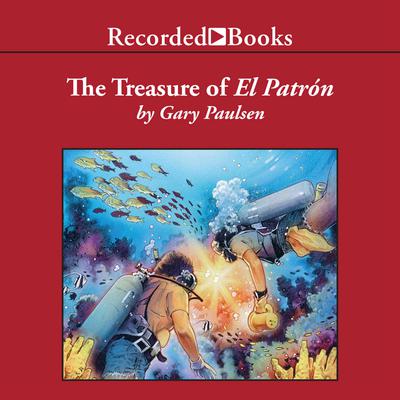 The Treasure of El Patron

For the last few years, 13-year-old Tag Jones has been running the family bait shop on the sandy Bermuda beach. He has been helping earn money ever since his father died in a scuba diving accident while searching for a legendary Spanish shipwreck. Whenever he has free time, he dives with his best friend in the azure water above the hazardous... Read more » 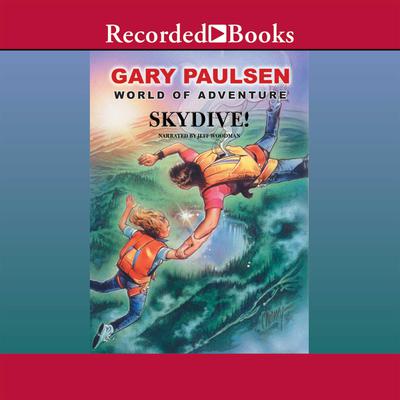 Thirteen-year-old Jesse Rodriguez has learned everything he needs to know about skydiving by working at the small airport near his home. As soon as he turns sixteen, he'll make his first jump. His new friend, Robin, is training to skydive, even though she really prefers photography to parachutes. One day, while visiting Jesse at the airstrip,... Read more » 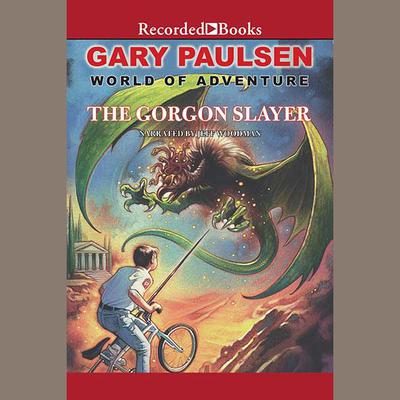 A Gary Paulsen World of Adventure book, The Gorgon Slayer takes young listeners into the exciting world of ancient heroes and monsters. A horrid shriek erupted from behind the stairs, and clammy, leathery wings exploded into Warren's face. He slammed his eyes shut and beat the Gorgon off, hearing Rick's sword swish through empty air. Warren dove... Read more »