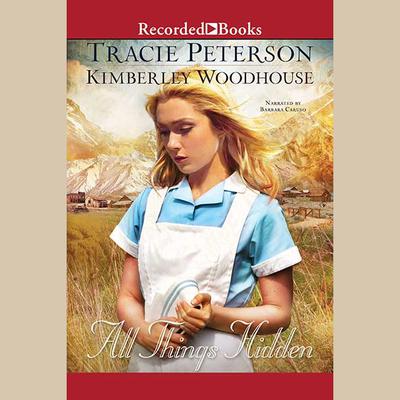 Bestselling Author Tracie Peterson Teams Up with Kimberley Woodhouse for a Depression-Era Drama Gwyn Hillerman acts as a nurse at her father's medical practice in 1935 rural Alaska. Her family life has been rough ever since her mother, hating Alaska, took Gwyn's younger sister back to Chicago to live. Dr. Jeremiah Vaughan finds his life suddenly turned upside down when his medical license is stripped away after he loses an affluent patient. In a snowball effect, he then loses his engagement to Gwyn's sister, Sophia. When the government decides to send a group of families to Alaska in hopes of making a better life, Dr. Hillerman sends a letter urging Jeremiah to join his practice. Thinking his secret would be safe in the isolated Alaska Territory, Jeremiah agrees. Gwyn and Jeremiah soon recognize a growing attraction to each other. But when another suitor enters the scene and Jeremiah's secret is revealed, their hopes for a future are threatened