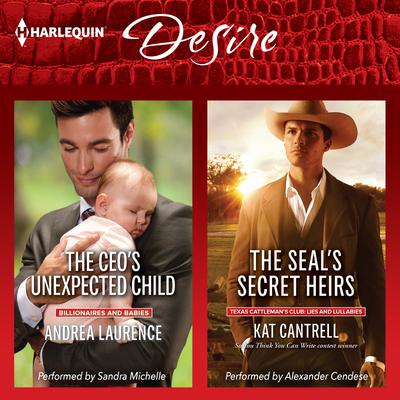 CLAIMING HIS CHILD…AT ANY COST

A shocking fertility clinic mix-up has resulted in Luca Moretti fathering a child with a woman he's never met. There's no way the CEO will walk away from his baby girl. But he has thirty days to convince her distractingly beautiful mother to do exactly what he wants.

Widow Claire Douglas is still reeling from the loss of her husband when she discovers a stranger has fathered her child. And the rich bachelor will stop at nothing to gain joint custody. How can she possibly fight a man with such money and power…and a charm she can't resist?

A SEAL comes home to twins…and faces off with an old flame!

Returning to Royal, Texas, is an emotional minefield for Navy SEAL Kyle Wade. He never felt suited to his rich family's ranching life. But is he suited for fatherhood? He's about to find out—because he's now the guardian to twins. Not only that—his high school sweetheart is the babies' caseworker!

Grace Haines wants what's best for Kyle's kids—even if that means standing in his way. But their chemistry is as explosive as it was years ago, and it might just be time to give this military man a second chance… 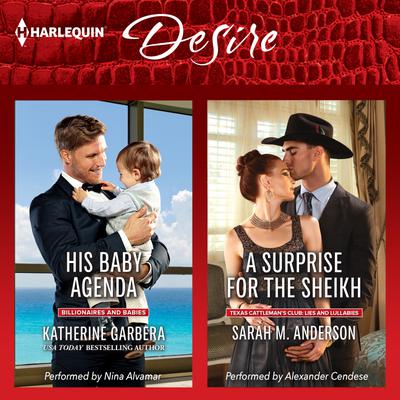 His Baby Agenda & A Surprise for the Sheikh
Katherine Garbera & Sarah M. Anderson

His Baby Agenda & A Surprise for the Sheikh

A nanny. A single father. A love stronger than revenge? Only from USA TODAY bestselling author Katherine Garbera!
Ten years ago, someone framed him for murder. Kingsley Buchanan lost everything, including Gabriella de la Cruz. Now the billionaire is back to settle old scores. But he must protect his child. Kingsley needs Gabi—as a nanny for his... Read more » 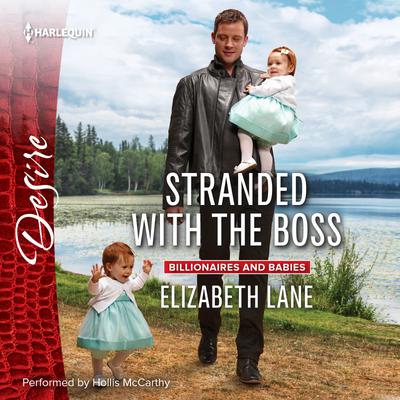 Stranded with the Boss
Elizabeth Lane

Stranded with the Boss

A single mom—and her twin babies!—are snowbound with the boss. Can they melt his frozen heart?

When Tessa Randall sues CEO Dragan Markovic's company for unfair termination, he insists on hearing her side of the story. But the billionaire known as The Dragon gets more than he bargained for when he's stranded at his snowy Alaskan lodge with Tessa... Read more » 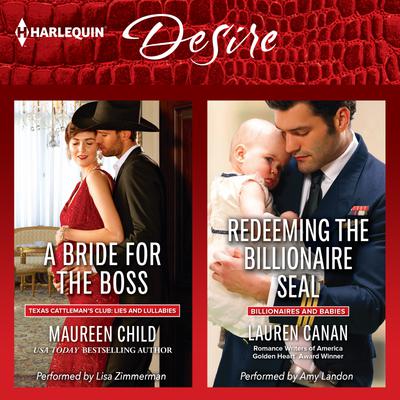 A Bride for the Boss & Redeeming the Billionaire SEAL

A Bride for the Boss

This rich rancher needs his assistant for business and pleasure! Only from USA TODAY bestselling author Maureen Child

Andi Beaumont has a dilemma: she's wedded to her job, when she really wants to wed her boss, Mac McCallum. The only solution: quit and save herself from heartbreak. But Mac isn't having it. 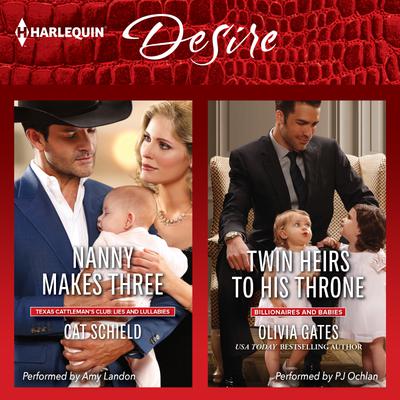 This rich Texas rancher has his hands full with an abandoned baby…and her irresistible nanny!
Mistaken for the father of his twin brother's child, Liam Wade takes in his fussy infant niece and needs a nanny fast. Hadley Stratton knows all about Liam's reputation with the ladies, and really doesn't believe that the baby isn't his! But as she... Read more » 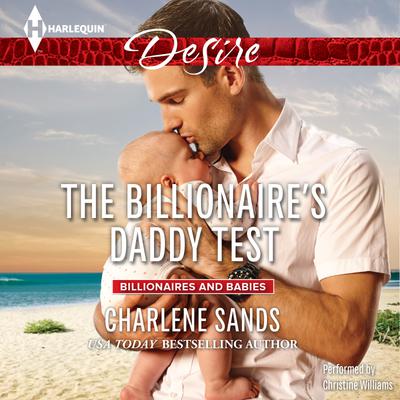 Will a Moonlight Beach bachelor make the grade as a father…and a lover? Find out in this novel from USA TODAY bestselling author Charlene Sands.

Left to care for her late sister's baby, Mia D'Angelo goes on a secret mission to find out if the missing father would make good daddy material. But when she tracks down Adam Chase at his beachfront... Read more »

CLAIMING HIS CHILD…AT ANY COST

A shocking fertility clinic mix-up has resulted in Luca Moretti fathering a child with a woman he's never met. There's no way the CEO will walk away from his baby girl. But he has thirty days to convince her distractingly beautiful mother to do exactly what he wants. 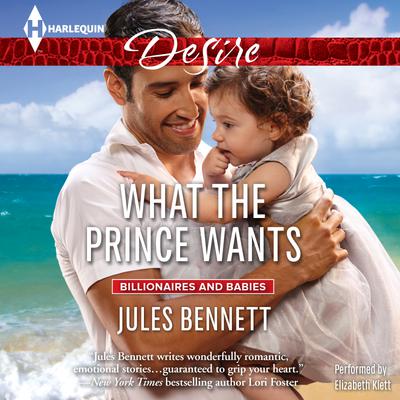 What the Prince Wants
Jules Bennett

What the Prince Wants

What happens when a royal daddy falls for his child's live-in nanny?

Widowed Prince Mikos Colin Alexander wants to raise his little girl out of the spotlight. Granted a six-month leave from his royal duties, he escapes to Los Angeles, posing as a regular guy, one in need of a live-in nanny. Colin reluctantly hires Darcy Cooper, the curvy beauty... Read more » 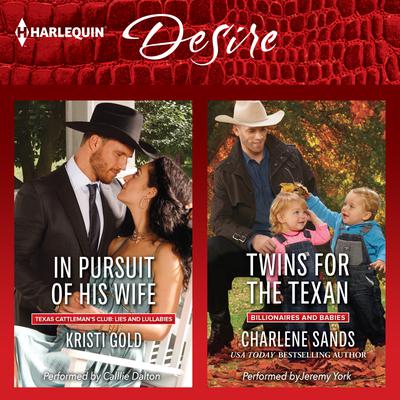 In Pursuit of His Wife & Twins for the Texan

In Pursuit of His Wife

They married for convenience. Will they stay together for the baby…or for love?

Nasira Edwards has come to Royal, Texas, to escape her past and stop her brother from making a terrible mistake. But her own marital mistake has tracked her down. Her husband, shipping magnate Sebastian Edwards, has followed her across the... Read more » 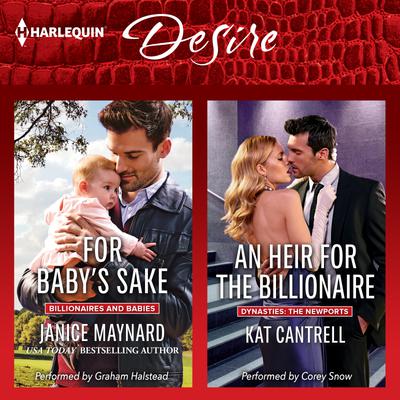 For Baby's Sake & An Heir for the Billionaire

His ex inherited a baby—and she needs his help! Only from USA TODAY bestselling author Janice Maynard!

James Kavanagh is rich and sexy as sin, but his workaholic neighbor Lila Baxter has been there, done that—and has the heartbreak to prove it. They've avoided each other since their affair ended, but now she's brought home a... Read more » 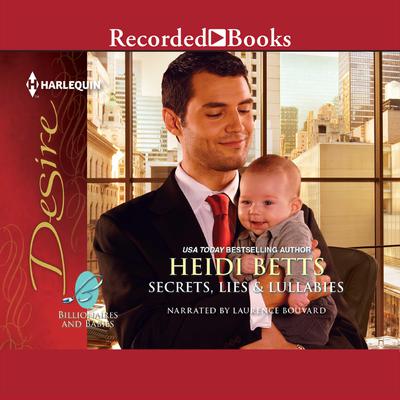 No problem's too big for CEO Alexander Bajoranuntil a baby is left in his boardroom with a note stating he's the daddy. The mother must be Jessica Taylor, an unforgettable though regrettable one-night stand. Why would she do such a thing? When Jessica returns, desperate and remorseful, there's no way Alex will let her walk away with his son. And... Read more » 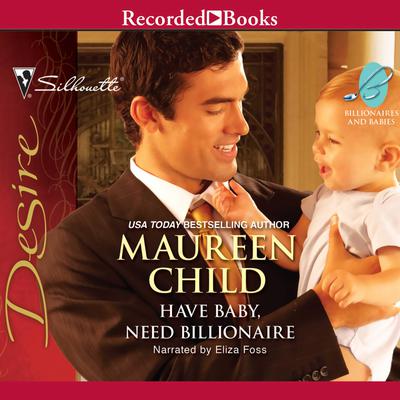 RT Book Reviews calls this charming tale by USA Today best-selling author and RITA Award nominee Maureen Child a "warm and funny story about what it means to be a family." Simon Bradley is shocked when Tula Barrons shows up at his office with news that her cousin has died, leaving behind a baby-a boy Tula thinks is Simon's. Skeptical, Simon... Read more » 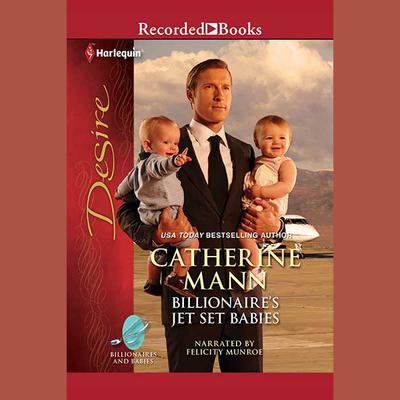 Best-selling author Catherine Mann has been honored with a RITA Award for her tempting tales of passion. While cleaning billionaire Seth Jansen's jet, Alexa Randall makes a surprising discovery: Seth's one-year-old twins. Seth needs a nanny, and Alexa needs help with a business pitch -- so Alexa moves in. But "playing house" reminds Alexa of... Read more » 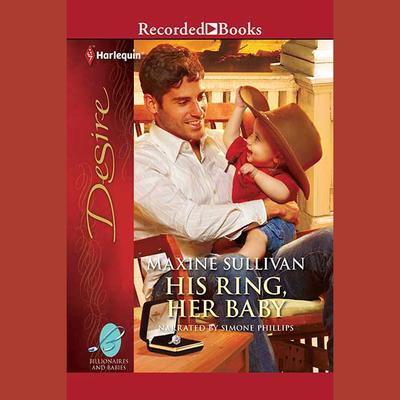 His Ring, Her Baby
Maxine Sullivan

His Ring, Her Baby

USA Today best-selling author Maxine Sullivan delights her fans with freewheeling romances starring ultra-rich men and gorgeous women. Billionaire cattleman Kirk takes on Vanessa as housekeeper to help the struggling single mom keep custody of her daughter. After she tells everyone that she and Kirk are getting married, Kirk agrees to perpetuate... Read more » 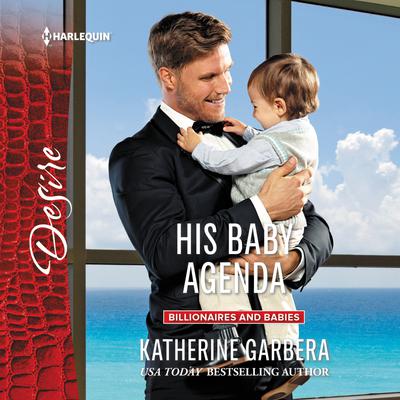 A nanny. A single father. A love stronger than revenge? Only from USA TODAY bestselling author Katherine Garbera!

Ten years ago, someone framed him for murder. Kingsley Buchanan lost everything, including Gabriella de la Cruz. Now the billionaire is back to settle old scores. But he must protect his child. Kingsley needs Gabi—as a nanny for his... Read more » 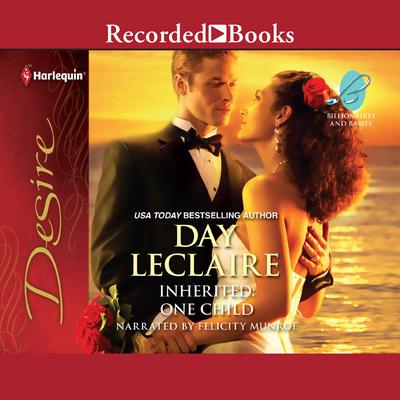 The best-selling author of more than 40 novels, Day Leclaire is a frequent finalist for the most distinguished awards in her field. With Inherited: One Child, Leclaire introduces billionaire businessman Jack Mason, who wants desperately to retain custody of his orphaned niece. To do so, Jack devises a bold strategy: he'll use his endless charms... Read more » 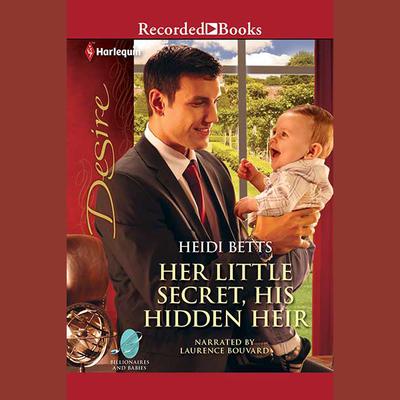 Her Little Secret, His Hidden Heir

Heidi Betts is a USA Today best-selling author with a talent for penning deeply passionate romances. In Her Little Secret, His Hidden Heir, millionaire Marcus Keller is pleasantly surprised to run into Vanessa, his ravishing ex-wife, but he's shocked to discover the son she's been keeping from him. He's determined to play a part in his son's... Read more » 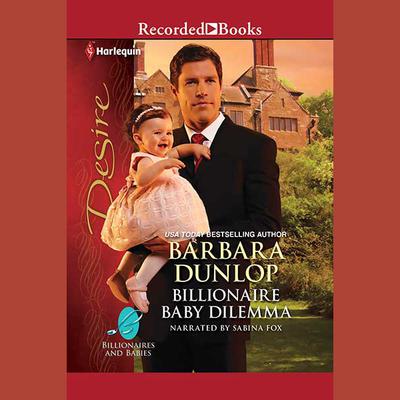 Family was everything. Control was everything else. So when Lucas Demarco discovered he shared custody of his orphaned niece, he was determined to change the situation at once. Especially since the baby's aunt, Devin Hartley, despised all the Demarcos. Yet he'd underestimated Devin's devotion. She believed he only wanted the baby as part of a... Read more » 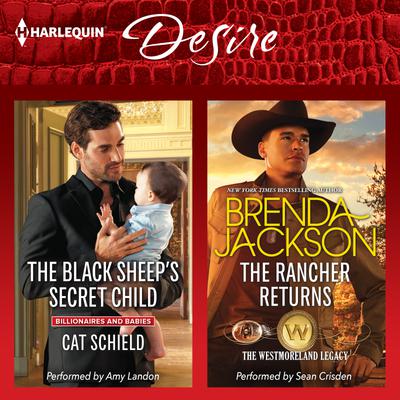 A second chance with her son's secret father! 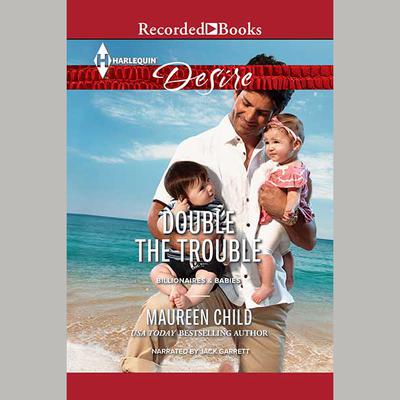 In this Billionaires & Babies novel by USA TODAY bestselling author Maureen Child, one night leads to two babies! When Colton King ended his impetuous marriage to Penny Oaks after just twenty-four hours, it was out of sight, out of mind. But now, more than a year later, Colton discovers Penny's huge secret-actually two little secrets: a baby... Read more »