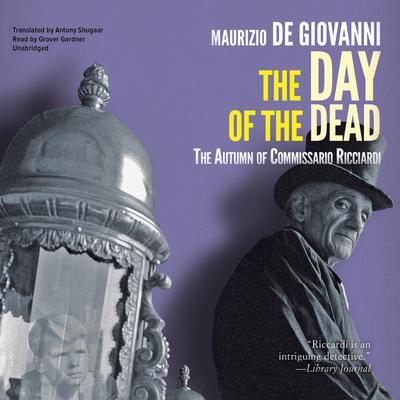 The Day of the Dead

The Autumn of Commissario Ricciardi

In this fourth installment of the internationally successful Commissario Ricciardi series, the commissario investigates the death of Matteo, one of the many street urchins who live hand-to-mouth in the dark alleys of 1930s Naples. While at first the death seems provoked by natural causes, there's more to the tragedy than meets the eye.Commissario Ricciardi is the undisputed wizard of Neapolitan crime scenes. He solves every crime with an uncanny swiftness that leaves his colleagues dumbfounded. Indeed, there are those who think his abilities are the work of the devil, an unnatural and ungodly gift to be exorcised. And maybe they're right. Ricciardi sees the dead; he sees and hears the final moments in the lives of those who have suffered violent deaths. It may be a talent, or it may be a curse, but it is nonetheless a kind of black magic. Sometimes, however, even black magic isn't enough. It's a rainy autumn in Naples and the fog lays thick over the city as its inhabitants celebrate the week of the dead. Ricciardi's instincts tell him that the dead boy is the victim of a murder, but investigating the homicide is not going to be easy. The authorities want to avoid any trouble, any sign that things are not as they ought to be in Naples, for they are preparing for the state visit of Benito Mussolini. Ricciardi will have to conduct his investigation hidden from the eyes of his superiors. What's worse, his sixth sense is no help to him this time: the scene of the crime is silent, still, not a word or a sign, or even a scream from the dead. Has his unwelcome gift finally faded? Or is something more sinister at work? 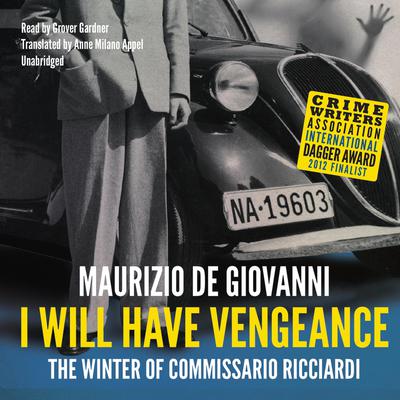 I Will Have Vengeance
Maurizio de Giovanni

I Will Have Vengeance

Naples, 1931. A bitter wind stalks the city streets, and murder lies at its chilled heart. When Maestro Vezzi, one of the world's greatest tenors, is found brutally murdered in his dressing room at Naples' famous San Carlo theater, the enigmatic and aloof Commissario Ricciardi is called to investigate. Arrogant and bad-tempered, Vezzi was hate Read more »d... 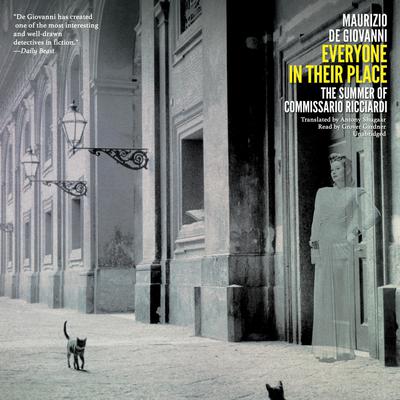 Everyone in Their Place
Maurizio de Giovanni

Everyone in Their Place

Naples, 1931. Together with his indefatigable partner Brigadier Maione, Commissario Ricciardi, a man driven into solitude by his paranormal “gift” of seeing the final seconds in the lives of victims of violent deaths—a talent that also makes him a highly effective investigator—is conducting an investigation into the death of the beautiful and... Read more »

The Day of the Dead
Maurizio de Giovanni

The Day of the Dead

In this fourth installment of the internationally successful Commissario Ricciardi series, the commissario investigates the death of Matteo, one of the many street urchins who live hand-to-mouth in the dark alleys of 1930s Naples. While at first the death seems provoked by natural causes, there's more to the tragedy than meets th Read more »e... 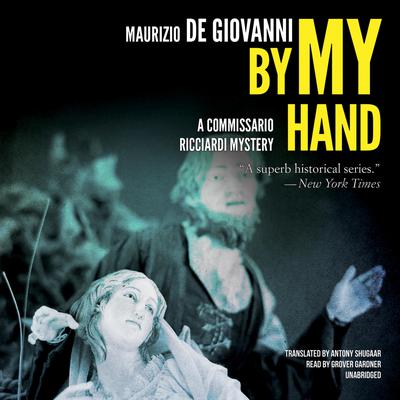 By My Hand
Maurizio de Giovanni

As Naples prepares for its holiday celebrations, behind the facade of order and happiness imposed by the fascist regime lurks terrible poverty and blinding desperation. In a luxurious apartment on the Mergellina beach, the bodies of... Read more » 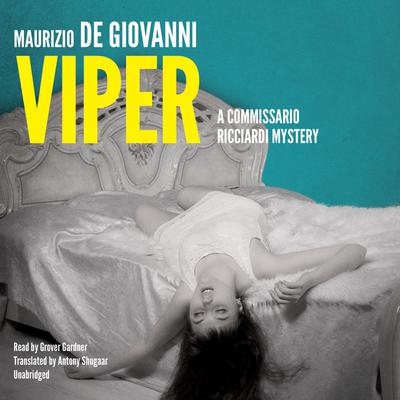 Naples, 1932. A week before Easter, springtime offers fragrant temptations to the men and women of Naples-but evil also lurks in the sweet-smelling spring air. At the high-class brothel in the center of town known as Paradiso, Viper, the most famous prostitute of all, is found dead after being suffocated with a pillow. Her last client swear Read more »s... 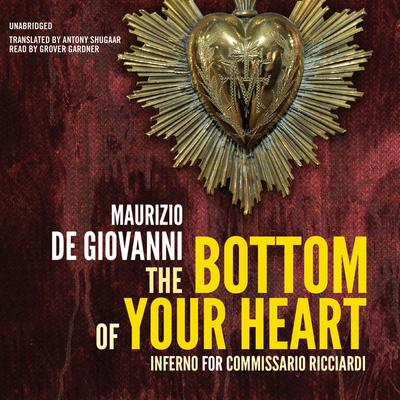 The Bottom of Your Heart
Maurizio de Giovanni

The Bottom of Your Heart

In the middle of a summer heat wave, as Naples prepares for one of its most important holy days, a renowned surgeon falls to his death from the window of his office. For Commissario Ricciardi and Brigadier Maione, it is the beginning of an investigation that will bring them into contact with the most torrid, conflicting, and enduring of human... Read more »

Notice to our customers about The Day of the Dead