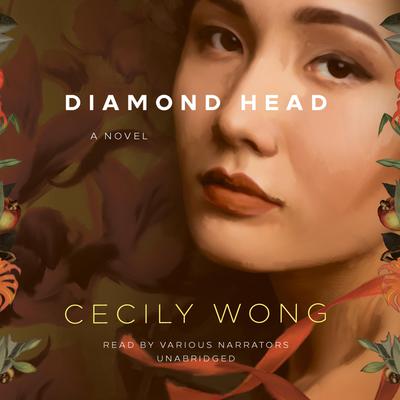 DiamondHead is a sweeping debut from a young, powerful new voice in fiction that follows four generations of a wealthy shipping family whose rise anddecline is riddled with secrets and tragic love.

At the turn of the nineteenth century, Frank Leong,a fabulously wealthy shipping industrialist, moves his family from China to theisland of Oahu. But something ancient follows the Leongs to Hawaii, hauntingthem. The fabled red string of fate, the cord that binds intendedlovers, also punishes mistakes in love, passing adestructive knot down the family line.

When Frank Leong is murdered, his family is throwninto a perilous downward spiral. Left to rebuild in their patriarch’s shadow,the surviving members of the Leong family try their hand at a new, ordinarylife, vowing to bury their gilded past. Still, the island continues towhisper fragments of truth and chatter, until a letter arrives twodecades later carrying a shattering confession.

Told through the eyes of the Leong’s secret-keepingdaughters and wives and spanning the Boxer Rebellion to Pearl Harbor to 1960sHawaii, Diamond Head is abreathtakingly powerful tale of tragic love, shocking lies, poignantcompromise, aching loss, heroic acts of sacrifice, and miraculous hope.

Notice to our customers about Diamond Head