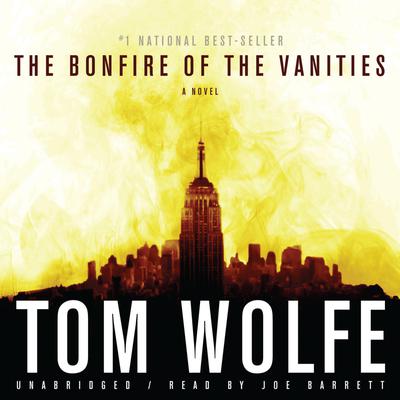 The Bonfire of the Vanities

Tom Wolfe’s bestselling modern classic tells the story of Sherman McCoy, an elite Wall Street bond trader who has it all: wealth, power, prestige, a Park Avenue apartment, a beautiful wife, and an even more beautiful mistress, until one wrong turn sends Sherman spiraling downward in a humiliating fall from grace.

A car accident in the Bronx involving Sherman, his girlfriend, and two young lower-class black men sets a match to the incendiary racial and social tensions of 1980s New York City. Suddenly, Sherman finds himself embroiled in the most brutal, high-profile case of the year, as prosecutors, politicians, the press, the police, the clergy, and assorted hustlers rush in to further their own political and social agendas. With so many egos at stake, the last priority on anyone’s mind is truth or justice.

Notice to our customers about The Bonfire of the Vanities