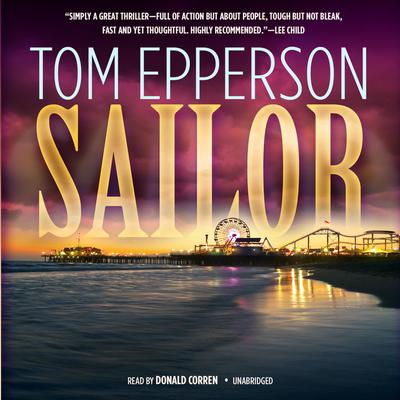 Acclaimed novelist of The Kind One and screenwriter of such films as One False Move and The Gift, Tom Epperson brings the violence-soaked world of Cormac McCarthy’s No Country for Old Men and the heroism of Jack Schaefer’s Shane together to create an iconic action thriller for the twenty-first century.

Gina fell for the wrong guy. Joe came into her life promising her everything, and he gave it to her, along with a world of hell. But Gina was stronger than Joe realized. After years of suffering the terror of being married to a criminal, she took the one thing he ever gave her that she wanted: her son, Luke. Then she turned the bastard in.

With her husband behind bars, her father-in-law will stop at nothing for revenge. He wants his grandson back, the heir to his criminal empire. With a vast network that stretches across the country, every favor is called in to kill Gina and return Luke to his grandfather.

Gina can trust no one. Even the US marshal assigned to keep her and Luke safe is on the payroll. So with a gun and stolen diamonds in her purse—and derelicts, the law, and hit men on her tail—Gina takes Luke and runs.

Los Angeles was only supposed to be a quick stop—sleep, eat, and continue running—but then they meet Gray. He says he’s a sailor, but he seems to be hiding a lot. And when the time comes, he’s the only thing standing between her and the grave.

Notice to our customers about Sailor