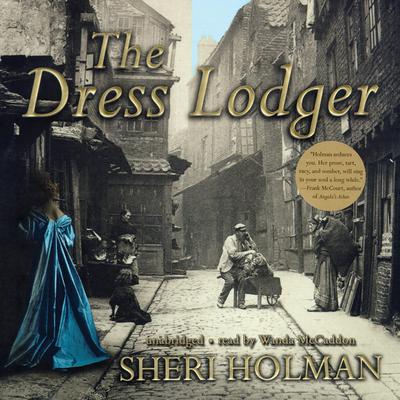 In sinister industrial England, fifteen-year-old Gustine is a “dress lodger,” a prostitute who rents a beautiful blue dress from her landlord to attract a higher class of clientele. By day a potter’s assistant, by night a courtesan of the streets, Gustine works to support her fragile only child, born with a remarkable anatomical defect.

Surgeon Henry Chiver is a prisoner of his own past, implicated in a series of killings in Edinburgh in which beggars were murdered so that the corpses could be sold to medical schools. He has come to Sunderland to start a new life, but his anatomy school is chronically short of teaching cadavers.

Doctor and dress lodger come together in the filthy, overgrown end of town where, during an epidemic of cholera, Gustine secures bodies for Henry—until his greed and his growing obsession with her child begin to threaten everything she has worked so hard to protect.

The Dress Lodger, a cunning historical thriller charged with a distinctly modern voice, is the book that launched Sheri Holman into bestsellerdom.

Notice to our customers about The Dress Lodger