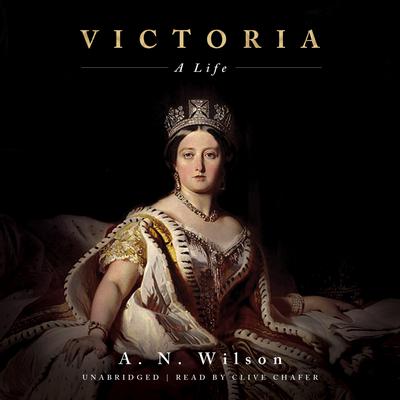 Acclaimed historianA. N. Wilson gives a sweeping, definitive biography of one of the mostrecognizable yet enigmatic monarchs of all time.

The longest reigning British monarch and femalesovereign in history, Queen Victoria was a figure of profound paradox who hasmystified historians for over a century. Now in this magisterial biography, A.N. Wilson rebukes the conventional wisdom about her life—that she was merely a“funny little woman in a bonnet” who did next to nothing—to show she was infact intensely involved in state affairs despite a public façade of inaction.More than just the stock image of a stuffy, unsmiling widow in mourning,Wilson’s complete immersion in Victoria’s countless letters and journalsreveals a carefully nuanced portrait of a monarch possessed by family immigrantinsecurities, a reluctant public figure who learned to exploit public display,a mother who hated pregnancy, and above all, a political luminary who createdand controlled the story of her life, true or otherwise.

Victoria brings to life its subject in all her manymoods and phases: her so-called miserable childhood, her early years ofpolitical inexperience as a pawn to advisers and statesmen, her passionate marriageto Prince Albert and the incessant public criticism, her famed mourning periodafter Albert’s early death, and finally, the captivating last decades of herrule as Empress of India. After nearly two decades as an eccentric, reclusivemourner, she emerged, self-confident and robust, as an out-and-out imperialistwho harnessed royalty with British foreign policy and as the figurehead ofmilitary and economic world domination.

Wilson tells a story of victory against painful odds andgives the portrait of a woman battling with demons and overcoming them, largelyalone. Despite everything, she came to embody the British people’s experienceof their own lives. For those hundreds of thousands of people throughout theworld, Queen Victoria transcended autocracy; she became the model for allfuture constitutional monarchies, a beloved leader who reflected back to thepeople their own experiences of passing time, their own values, and their ownsense of the world. With dramatic sweep and novelistic style, Victoria: ALife is an accomplished work from one of our greatest biographers.

Notice to our customers about Victoria