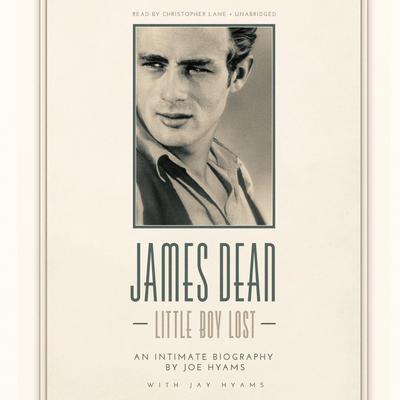 He made only three movies—East of Eden, Rebel without aCause, and Giant—and became aninternational icon after his tragic death at the age of twenty-four. He wasJames Dean, and no one has told the real story of the man, the actor, or themyth as fully, as powerfully, and as intimately as the authors of James Dean: Little Boy Lost. This is thebook drawn from extensive interviews with Dean’s friends and colleagues, manyof whom speak out for the first time. It is the book written by one of Dean’sconfidants: noted celebrity biographer Joe Hyams.

Who was James Byron Dean? To his friends—fellow actors like ElizabethTaylor, Natalie Wood, Dennis Hopper, and Julie Harris—he was both generous andmean-spirited, solitary and social, macho and feminine, wise for his years andincorrigibly adolescent. To directors like Elia Kazan, Nicholas Ray, and GeorgeStevens, he could be guilelessly open to suggestion one moment yet arrogant andimpossible the next. Most of all, the compelling enigma known as James Deanlived life joyously, painfully, and without restraint, embodying like no oneelse the conflicts and passions that are part of young people everywhere.

This book follows its fascinating subject from the Indianafarm where he spent an active but troubled boyhood to the crucial, earlytraining ground of the New York theater world to his meteoric rise to internationalstardom in the movies. It shows how postwar Hollywood was still a charmed,leisurely community, yet one ripe for the explosive ascension of a dynamic newpresence like James Dean. It reveals details of the making of his threelandmark films and candidly explores Dean’s many love affairs, discussing withgreat insight the surprising truth about Dean’s much-talked-about bisexuality. Itexposes, as only an insider’s book can, the true story of Dean and actress PierAngeli—his one real love—and the shocking outcome of their liaison. James Dean: Little Boy Lost is thedefinitive story of a stunning young talent who lived too fast and died far toosoon but whose memory will live on as long as the youth of the world dare tohope, love, and dream.

Notice to our customers about James Dean