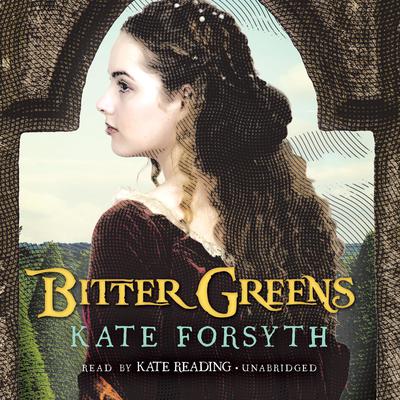 Charlotte-Rose has been banished from the courtof Versailles by the Sun King, Louis XIV, after a series of scandalous loveaffairs. She is comforted by an old nun, Sister Seraphina, who tells her the taleof a young girl who, a hundred years earlier, was sold by her parents for ahandful of bitter greens.

After Margherita’s father steals from the walled garden ofthe courtesan Selena Leonelli, he is threatened with having both hands cut offunless he and his wife give away their little girl. Selena is the famousred-haired muse of the artist Tiziano, first painted by him in 1512 and stillinspiring him at the time of his death. Selena is at the center of Renaissancelife in Venice, a world of beauty and danger, seduction and betrayal, love andsuperstition.

Locked away in a tower, Margherita sings in the hope thatsomeone will hear her. One day, a young man does.

This sumptuous novel holds the stories of three women,braided together to create a compelling tale of desire, black magic, and theredemptive power of love. Bitter Greens is an impressive feat ofstorytelling.

Notice to our customers about Bitter Greens