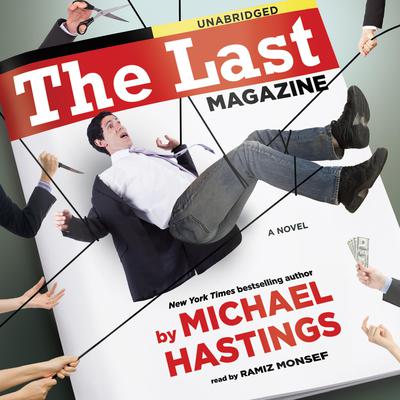 A posthumous debutnovel—wry, wise, and outrageous—from award-winning journalist MichaelHastings, based on his experiences working for Newsweek

The year is 2002. Weekly news magazines dominate thepolitical agenda in New York and Washington. A young journalist named MichaelM. Hastings is an intern at the Magazine, wet behind the ears, the only one in the office who has actuallyread his coworkers’ books. He will stop at nothing to turn his internship intoa full-time position and has figured out just who to impress: Nishant Patel,the international editor, and Sanders Berman, managing editor—both vying forthe job of editor-in-chief. While Berman and Nishant try to one-up each otherpontificating on cable news, A. E. Peoria—the one reporter seemingly doing anywork—is having a career crisis. He has just returned from Chad, where instead ofreporting on the genocide, he was told by his editors to focus on mobile-phoneoutsourcing, as it’s more relevant. Then suddenly, the United States invades Iraq—and allhell breaks loose.

As Hastings loses his naïveté about the journalism game, hemust choose where his loyalties lie: with the men at the Magazine who canadvance his career or with his friend in the field who is reporting the truth.

The Last Magazine is the debut novel from MichaelHastings, discovered in his files after his death in June 2013. Based onHastings’ own experiences, it is funny, sharp, and fast-paced, a great bookabout the news game’s final days in the tradition of Evelyn Waugh’s Scoop, Hunter S. Thompson’s The RumDiary, and Calvin Trillin’sFloater.

Notice to our customers about The Last Magazine