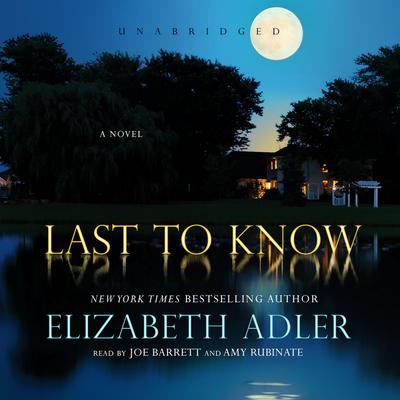 A killer targets a peaceful lakeside community, and onefamily is changed forever by secrets and lies.

Evening Lake is idyllic, peaceful, with a close-knit communityof families who have been coming to this western Massachusetts getaway fordecades. Then newcomer Lacey Havnel and her daughter Bea move in. They arenothing like the well-heeled families who populate Evening Lake. Mysterious andrough around the edges, they keep to themselves.

Detective Harry Jordan sees his lake home as a respite fromsolving crimes on the streets of Boston. The Osborne family views their cottageas a way to avoid the distractions of life—especially for Wally Osborne, a famoushorror writer who seems to need the peace and quiet more than anyone.

One night, Harry is walking alongside the lake when the night isrocked by an explosion: the Havnel house is engulfed in a conflagration, andyoung Bea is seen fleeing, hair on fire, and plunging into the lake. Shesurvives, but her mother does not, and Harry is pulled into the investigation.

Unbeknownst to the rest of the community, Diz Osborne, theyoungest Osborne son, carries a weighty secret about who else he saw rowing onthe lake that night. When it’s discovered that Lacey died not from theexplosion but from a knife wound, it’s soon clear that a murderer is on theloose. And this murderer is poised to strike again and again.

Told with Elizabeth Adler’s inimitable style, illuminatingdescriptions, and intricate family dynamics, Last to Know is thedefinition of a page-turner.

Notice to our customers about Last to Know