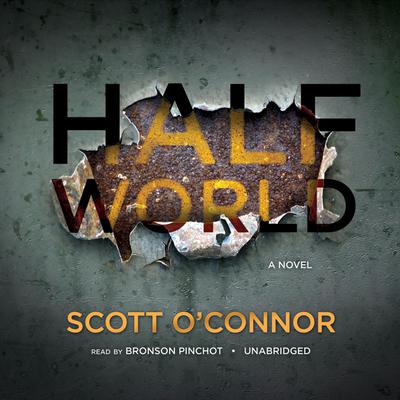 Inspired by real CIA operations, this is the riveting novelof a fraying CIA analyst who conducts secret mind-control experiments and theyoung agent who, years later, uncovers the appalling legacy of the program andthe people destroyed by it.

From its official sanction in 1953 to its shutdown in 1973,the CIA clandestinely conducted methods of mind control on unwitting Americanand Canadian citizens. This covert and illegal operation, Project MKULTRA,eventually made national headlines upon the declassification of thousands ofdocuments in 2001.

Intrigued by the people empowered to enact such abuses andthe legacy of such an operation, Scott O’Connor weaves the nuanced andcompelling story of Henry March, a CIA agent forced to spearhead a series ofinsidious mind-control experiments in San Francisco. With each passing day,Henry’s existence becomes a nightmare, his identity withering as he works overthe hapless men lured into his facility. Struggling between his duty to hiscountry and his responsibility to his wife and children, Henry finally reachesa breaking point, leaving both his project and mind fractured. Amid thewreckage, he disappears, becoming the deepest Ultra mystery.

Two decades later, Dickie Ashby, a young CIA agent, is sentto Los Angeles to infiltrate a group of bank-robbing radicals who claim to havebeen abused in a government brainwashing operation years earlier. The membersof the group know they need to find Henry March and that the only bridge toHenry is his daughter, Hannah, who lives in the city. Dickie suddenly findshimself dragged into the stunning legacy of the experiments, torn between doinghis job, helping the victims of Henry’s program, and protecting Hannah.

Called “one to watch” (Los Angeles Times) and hailedfor his ability “to make something beautiful of unspeakable matters” (NewYork Times), O’Connor will stir your emotions with Half World, amesmerizing novel about reality and the basic incorruptible value of humanrelationships.

Notice to our customers about Half World