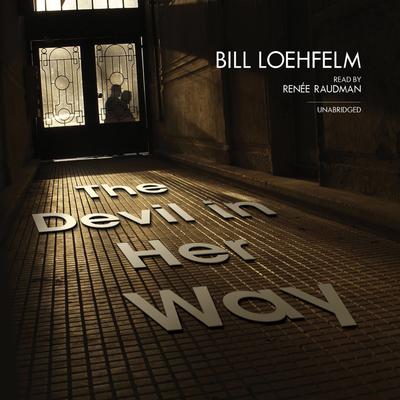 The Devil in Her Way

When Maureen Coughlin first appeared in TheDevil She Knows, the New Orleans Times-Picayune called her“unforgettable” and “the character of the year.” Booklist named TheDevil She Knows one of 2011’s ten best thrillers and declared Maureen“as compelling a character as this reviewer expects to see this year.”

Now she’sback in Bill Loehfelm’s new thriller, The Devil in Her Way, and herlife has changed in more ways than one: she’s starting over in New Orleans as anewly minted member of the police force.

Kicking off her final week of fieldtraining, Maureen takes a punch from a panicked suspect bursting out of anapartment. Her training officer laughs it off, and the incident even yields asmall victory: the cops recover a stash of pot and guns. But out on the street,on the fringes of the action, Maureen sees something sinister transpire betweentwo neighborhood boys that leaves her shaken, and she knows there’s more to thestory than she’s seen. As we follow Maureen’s dangerous hunt for answers,Loehfelm leads us around New Orleans’ most hidden corners and into its darkestoutposts.

Bill Loehfelm is the real deal—a lauded thriller writer in the moderntradition of Dennis Lehane, Richard Price, and Michael Connelly. He knows thevoices of his city. Like Lehane’s Boston, Price’s New York City, or Connelly’sLos Angeles, Loehfelm’s New Orleans leaps off the page, as vibrant, flawed, andunruly as his reborn, fire-hearted protagonist. In The Devil in Her Way,Loehfelm’s talents flourish, and the result is a ruthless and propulsivethriller.

Notice to our customers about The Devil in Her Way