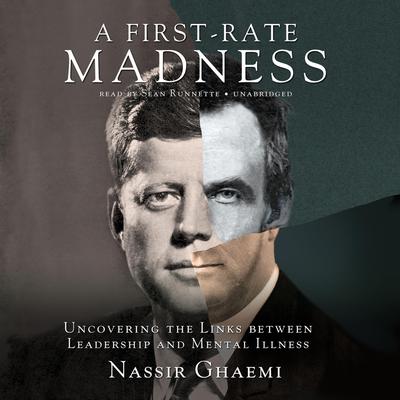 Uncovering the Links between Leadership and Mental Illness

In A First-Rate Madness, Nassir Ghaemi, who runs the Mood Disorders Program at Tufts Medical Center, draws from the careers and personal plights of such notable leaders as Lincoln, Churchill, Gandhi, Martin Luther King Jr., JFK, and others from the past two centuries to build an argument at once controversial and compelling: the very qualities that mark those with mood disorders—realism, empathy, resilience, and creativity—also make for the best leaders in times of crisis. By combining astute analysis of the historical evidence with the latest psychiatric research, Ghaemi demonstrates how these qualities have produced brilliant leadership under the toughest circumstances. Take realism, for instance: study after study has shown that those suffering depression are better than “normal” people at assessing current threats and predicting future outcomes. Looking at Lincoln and Churchill, among others, Ghaemi shows how depressive realism helped these men tackle challenges both personal and national. Or consider creativity, a quality psychiatrists have studied extensively in relation to bipolar disorder. A First-Rate Madness shows how mania inspired General Sherman and Ted Turner to design and execute their most creative—and successful—strategies. Ghaemi’s thesis is both robust and expansive; he even explains why eminently sane men like Neville Chamberlain and George W. Bush made such poor leaders. Though sane people are better shepherds in good times, sanity can be a severe liability in moments of crisis. A lifetime without the cyclical torment of mood disorders, Ghaemi explains, can leave one ill equipped to endure dire straits. He also clarifies which kinds of insanity, like psychosis, make for despotism and ineptitude, sometimes on a grand scale. Ghaemi’s bold, authoritative analysis offers powerful new tools for determining who should lead us. But perhaps most profoundly, he encourages us to rethink our view of mental illness as a purely negative phenomenon. As A First-Rate Madness makes clear, the most common types of insanity can confer vital benefits on individuals and society at large—however high the price for those who endure these illnesses.

Notice to our customers about A First-Rate Madness