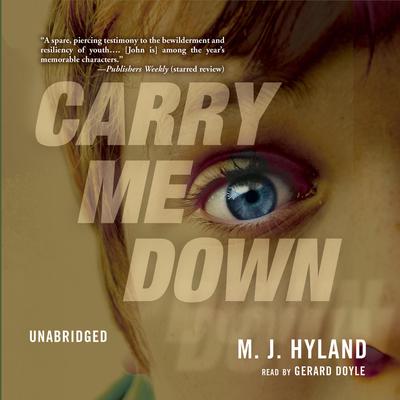 John Egan is a misfit, a twelve-year-old in the body of a grown man with the voice of a giant. He has been able to detect lies for as long as he can remember and diligently keeps track of them, large and small, in a log of lies. With an obsession for the Guinness Book of World Records, a keenly inquisitive mind, and a kind of faith, John is like a tuning fork, sensitive to the vibrations within himself and his family’s shifting dynamics.

From his changing voice, body, and psyche to his parents’ disheartening marital difficulties, this is a trying year in a fragile young boy’s life, and when his sanity reaches near collapse, a frightening family catastrophe threatens to ruin what little they have.

Carry Me Down is a restrained, emotionally taut, and sometimes outrageously funny portrait whose drama drives toward, but narrowly averts, an unthinkable disaster.

Notice to our customers about Carry Me Down