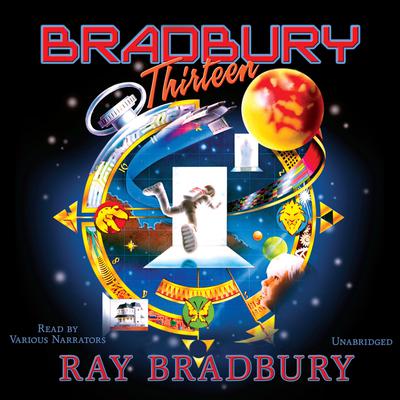 “A Sound of Thunder”
Time Safari, Inc., offers hunting enthusiasts the chance of a lifetime: the opportunity to travel back in time to bag the biggest trophy of all time: Tyrannosaurus Rex, the "Thunder Lizard."

“Dark They Were and Golden Eyed”
Harry Bittering is resigned to the idea of living on Mars for a while with his family, until a nuclear war back on Earth strands the settlers forever. Now, will Mars devour the earthlings?

“The Happiness Machine”
An old man builds the ultimate machine, a "happiness machine", which is meant to make anyone who enters it happy. But the most important person in his life is not amused!

“The Fox and the Forest”
Escaping war in the year 2155, a couple flees back in time to twentieth-century Mexico, a paradise compared to their world of disease bombs and widespread horror. But they are being tracked by those who want them to return.

“Here There Be Tygers”
Prospectors from Earth travel to a world that seems to know of their hearts' desires and makes their every wish come true. But a member of the crew has darker desires—and pays the ultimate price.

“Kaleidoscope”
A routine space flight suddenly ends in a huge explosion, throwing the crew into space with only their space suits and radios to keep them alive. Knowing rescue is impossible, they face their innermost demons.

“The Man”
The captain and crew of a ship land on a planet to make first contact, only to discover their thunder has been stolen by a previous visitor.

“Night Call, Collect”
The lone survivor of a rocket crew on Mars has waited his whole life to be rescued and taken back to Earth. Then one day when he is eighty years old, his telephone rings!

“The Screaming Woman”
Nine-year-old Margaret Leary is playing in a field by her house, when suddenly she hears a woman screaming for help from the ground! Can she get anyone to believe her?

“There Was an Old Woman”
Old Aunt Tildy is shocked and angry to find a mortician has come to take her to the mortuary. How dare he put her body in an old wicker basket! She's still using it!

“The Veldt”
A wealthy couple builds the ultimate virtual playroom for their spoiled children, complete with an African savanna and man-eating lions. It is so real, you can even smell the lions' last meal.

“The Wind”
Where does the wind come from? Is it “born” somewhere? Is it intelligent? A terrified man seems to know all about the wind and who it seems to be after.

“The Ravine”
A strangler has been terrifying a small town by murdering single women. Will the dark and mysterious ravine be enough to save Lavinia and her friends from the “Lonely One”?

Notice to our customers about Bradbury Thirteen