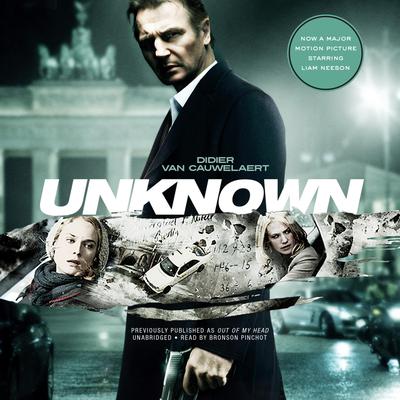 A Special Edition of Out of My Head

Martin Harris returns home after a short absence to find that his wife doesn’t know him, another man is living in his house under his name, and the neighbors think he’s a raving lunatic. Worse, not a single person—family, colleague, or doctor—can vouch for him. Worse still, the impostor shares all of Martin’s memories, experiences, and knowledge, down to the last detail. He is, in fact, a more convincing Martin than Martin himself. Is it a conspiracy? Amnesia? Is Martin the victim of an elaborate hoax or of his own paranoid delusion?

In this high-powered novel, Didier van Cauwelaert, the award-winning author of One-Way, explores the illusory nature of identity and the instability of the things we take for granted. Dispossessed of his job, his family, his name, and his very past, Martin Harris is an Everyman caught in an absurd and yet disturbingly convincing nightmare, one that seems to have no exit and that resists every explanation. Part moral fable, part Robert Ludlum-style thriller, Unknown is a fast-paced tale of one man’s desperate attempt to reclaim his existence—even at the cost of his own life.

Notice to our customers about Unknown