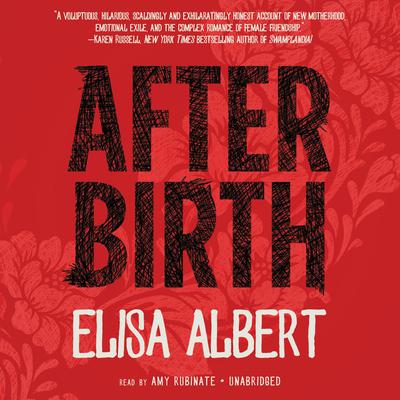 A widelyacclaimed young writer’s fierce new novel, in which childbirth and newmotherhood are as high stakes a proving ground as any combat zone

A year has passed since Ari gave birth to Walker, though itwent so badly awry she has trouble calling it “birth” to begin with and she still can’t locate herself in her own altered universe. Amid the strange, disjointed rhythms ofher days and nights and another impending winter in upstate New York, Ari is atree without roots, struggling to keep her branches aloft.

When Mina, a one-time cult musician—older, self-contained,alone, and nine months pregnant—moves to town, Ari sees the possibility of anew friend, despite her unfortunate habit of generally mistrusting women. Soonthey become comrades in arms, and the previously hostile terrain seems almostnavigable.

With piercing insight, purifying anger, and outrageoushumor, Elisa Albert issues a wake-up call to a culture that turns its newmothers into exiles and expects them to act like natives. Like Lionel Shriver’s We Need to Talk about Kevinand AnneEnright’s The Gathering, this is a daring and resonantnovel from one of our most visceral writers.

Notice to our customers about After Birth