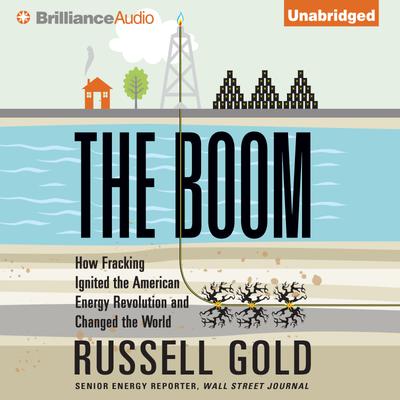 How Fracking Ignited the American Energy Revolution and Changed the World

The “best all-around book yet on fracking” (San Francisco Chronicle) from a Pulitzer Prize finalist: “Gold's work is a tour de force of contemporary journalism” (Booklist).

First invented in 1947, hydraulic fracturing, or fracking, has not only become a major source of energy, it is changing the way we use energy, and the energy we use. It is both a threat and a godsend for the environment, and it is leading the revival of manufacturing in the United States.

A definitive narrative history, The Boom follows the twists and turns in the development and adoption of this radical technology. It is a thrilling journey filled with colorful characters: the green-minded Texas oilman who created the first modern frack; a bare-knuckled Oklahoman natural gas empire-builder who gave the world an enormous new supply of energy and was brought down by his own success and excesses; an environmental leader whose embrace of fracking brought an end to his public career; and an aging fracking pioneer who is now trying to save the industry from itself.

A fascinating and exciting exploration of one of the most controversial and promising sources of energy, The Boom “brings new clarity to a subject awash in hype from all sides…a thoughtful, well-written, and carefully researched book that provides the best overview yet of the pros and cons of fracking. Gold quietly leads both supporters and critics of drilling to consider other views” (Associated Press).