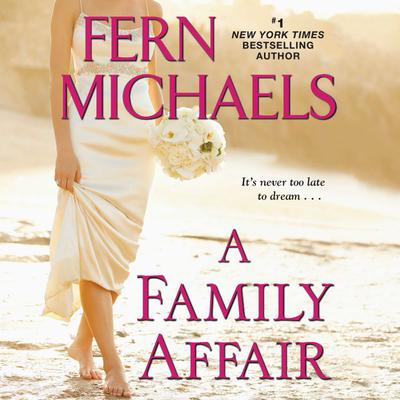 From #1 New York Times bestselling author Fern Michaels comes a captivating and heartfelt novel, as a young dancer finds an unexpected partner—and gains the courage to live according to her heart…

In a city built on dreams, Trisha Holiday makes her living moving like one. But out of her dancer’s costume, she’s as down-to-earth as they come. That’s why she ignores the admiring note—and the accompanying $1000 bill—that arrives backstage after one of her ethereal performances. Yet the sender, a wealthy foreign prince, isn’t easily dissuaded. Seven years living and studying in the United States have made Malik long for the freedom to choose his own bride—and the woman he wants is Trisha.

After a breathtaking visit to Malik’s kingdom culminates in a marriage proposal, Trish attempts to adjust to an opulent new lifestyle complete with servants, sumptuous surroundings, and vast wealth. None of that matters to Trish as much as Malik’s love. With Malik’s sister Soraya proving a trusted new friend, they plan a lavish wedding surpassing anything she could have imagined.

Yet Trish’s new life will have challenges too—adjusting to a new and complex culture, to the myriad demands of Malik’s royal position, and to the expectations she faces as his wife. In the midst of her own major changes, Trish vows to help her sister, Emma, whose marriage has ended in a bitter breakup. And through it all, Trish will strive to stay true to what matters most—love, true friendship, and the ties that hold family together across the miles and the years.