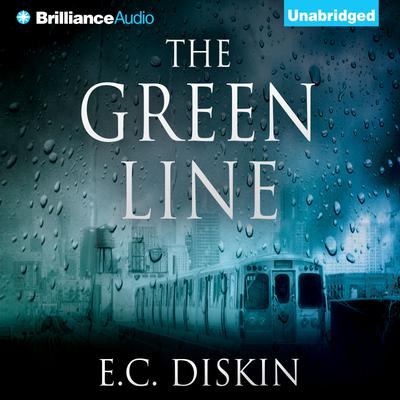 “A fast, fascinating read…with riveting characters, a nuanced plot, and an insightful and interesting look at the practice of law in today’s America.” —Windy City Reviews

“An intriguing, intelligent read and a wild ride.” —Kathi Baron, author of Shattered

Abby Donovan’s decade-long dream of partnership at her prestigious Chicago law firm is just months from fruition. But it’s all about to change because of one misstep.

One step onto a late-night train headed in the wrong direction. Headed into Chicago’s west side, where gangs and violence and drugs fill the streets.

In this engaging debut, E.C. Diskin, a former Chicago attorney, takes us on a fast-paced thrill ride with a believable and flawed heroine. Listeners will relate to her, fear for her, and get a glimpse inside Chicago’s best and worst. From the roughest streets of the west side to the estates of the North Shore, Abby Donovan and the unexpected villains of The Green Line will keep you listening late into the night as they shine light on a little-known, often-used, and widely-abused legal maneuver.