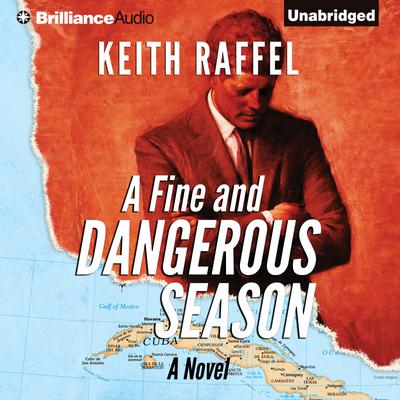 A Fine and Dangerous Season

“A compelling story, written with a sure hand, that keeps you intrigued. But watch out for the gut punches. They come often and unexpectedly. Raffel definitely has his game on.” —Steve Berry, author of The King’s Deception

“A rare historical novel—exciting and utterly believable—with Jack Kennedy as you’ve never seen him. Raffel is a master storyteller. I loved A Fine and Dangerous Season.” —Gayle Lynds, author of The Book of Spies

The phone rings in the California home of businessman Nate Michaels before the sun is up on October 24, 1962. An hour later he’s on an Air Force jet to Washington. Michaels hasn’t seen or spoken to President Kennedy since they met at Stanford in the fall of 1940, but now JFK needs his help to defuse the threat posed by Soviet missiles in Cuba. In both the Pentagon and the Kremlin, pro-war generals want a showdown, not a humiliating compromise.

As the world races toward nuclear holocaust during a fine and dangerous autumn, Michaels finds himself spinning in a maelstrom of statecraft, espionage, love, and betrayal.