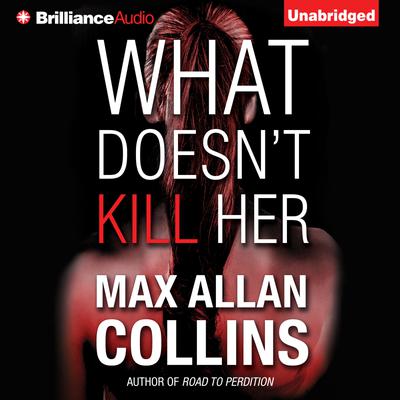 What Doesn't Kill Her

“What Doesn't Kill Her is a kick-ass thrill ride from page one. This is the American answer to The Girl With the Dragon Tattoo.” – John Gilstrap, author of High Treason and Damage Control

Jordan Rivera is an ordinary kid with an ordinary family, until a vicious killer takes it all away, sparing her, but leaving her broken. The murders of her father, mother, and brother destroy something inside Jordan, who spends ten long, mute years in an institution. Catching a glimpse of a news report about another family slaying, Jordan at last breaks her silence. Now she’s out, and she molds herself—body and mind—into an instrument of justice.

While a young detective pursues the case on his own, Jordan teams up with members of her support group, people like her, damaged by violent crime. They have their own stories of pain, heartache, and vengeance denied. With their help, Jordan will track down the killer before he can ravage any more lives. Her life—and her sanity—depends on it.