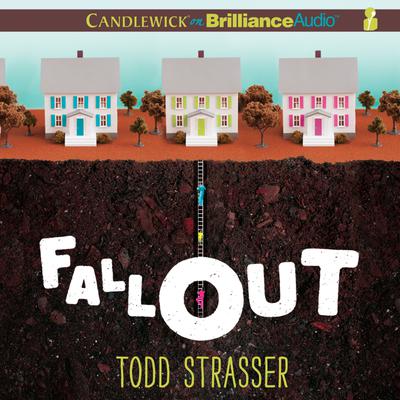 It’s the summer of 1962, and Scott and his friends spend their days playing baseball and thinking about girls. But the threat of nuclear war looms over everything they do, and they are haunted by the idea that they could all be dead tomorrow.

Even though the possibility of war is all anyone talks about, Scott’s dad is the only one in the neighborhood who actually prepares for the worst, building a bomb shelter to protect his family and stocking it with enough supplies to keep them alive for two critical weeks. The neighbors scoff, but then, in the middle of the night in late October, the unthinkable happens. Suddenly ten people are crammed into a shelter built for four. Ten people eating the food meant for four, breathing the air meant for four. Ten people struggling to survive—but what will await them when they eventually emerge?

Internationally bestselling author Todd Strasser has written his most impressive and personal novel to date, painstakingly yet sensitively exploring the terrifying what-ifs of one of the most explosive moments in history.