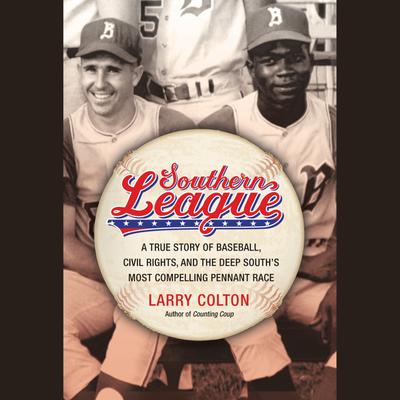 A True Story of Baseball, Civil Rights, and the Deep South's Most Compelling Pennant Race

"Birmingham is probably the most thoroughly segregated city in the United States. Its ugly record of brutality is widely known. Negroes have experienced grossly unjust treatment in the courts. There have been more unsolved bombings in Negro homes and churches in Birmingham than in any other city in the nation."

Anybody who is familiar with the Civil Rights movement knows that 1964 was a pivotal year. And in Birmingham, Alabama - perhaps the epicenter of racial conflict - the Barons amazingly started their season with an integrated team.

Johnny "Blue Moon" Odom, a talented pitcher and Tommie Reynolds, an outfielder - both young black ballplayers with dreams of playing someday in the big leagues, along with Bert Campaneris, a dark-skinned shortstop from Cuba, all found themselves in this simmering cauldron of a minor league town, all playing for Heywood Sullivan, a white former major leaguer who grew up just down the road in Dothan, Alabama.

Colton traces the entire season, writing about the extraordinary relationships among these players with Sullivan, and Colton tells their story by capturing the essence of Birmingham and its citizens during this tumultuous year. (The infamous Bull Connor, for example, when not ordering blacks to be blasted by powerful water hoses, is a fervent follower of the Barons and served as a long-time broadcaster of their games.)

By all accounts, the racial jeers and taunts that rained down upon these Birmingham players were much worse than anything that Jackie Robinson ever endured.

More than a story about baseball, this is a true accounting of life in a different time and clearly a different place. Seventeen years after Jackie Robinson had broken the color line in the major leagues, Birmingham was exploding in race riots....and now, they were going to have their very first integrated sports team. This is a story that has never been told.