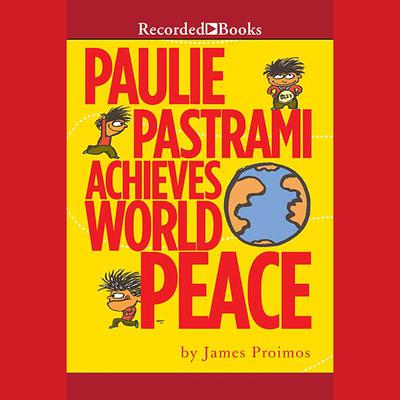 There isn't much Paulie Pastrami can do. He has trouble matching his socks, he doesn't know how to whistle, and he's usually picked last for sports. Yet Paulie plans to do one very important thing before turning eight years old. He wants to achieve world peace. Paulie begins with small things. He is kind to his little sister and his school principal. He starts being nicer to animals and even reads to trees. And when Paulie begins sharing cupcakes with strangers, he learns it really isn't that hard to spread peace and kindness. Well known author, illustrator and cartoonist James Proimos has won numerous awards for his work. His trademark humor is skillfully portrayed by narrator L.J. Ganser in this entertaining tale about one strong-willed boy intent on making a difference. "Paulie Pastrami is a plucky seven-year-old kid armed with a boatload of determination and a whole lot of heart [and his] exuberance is infectious."-Kirkus Reviews