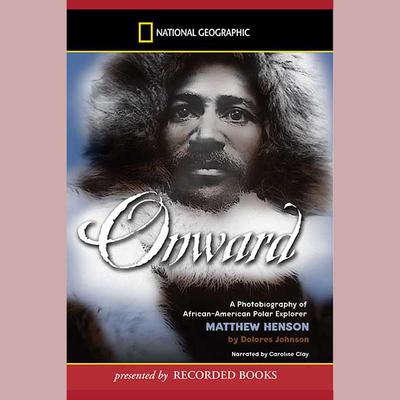 Matthew Henson's destiny was set when he met naval officer Robert Edwin Peary in 1887. An African-American son of poor farmers, Henson shared Peary's desire to be the first person to reach the North Pole. In 1909, the men set out one one of their many voyages together. They battled sub-zero temperatures, deadly ice formations, and bone-chilling winds. Many times it was Henson who saved the expedition with his knowledge of Inuit language and culture. But when the men finally achieved their goal, few people believed them. Worse still, because Henson was black, he was seen as nothing more than Peary's manservant. This exceptional biography from noted author and educator Dolores Johnson tells the full story of Henson's extraordinary life, from his humble and self-taught beginnings, to his proper recognition as Peary's equal. "The story demonstrates that fortitude, strength, and loyalty are not determined by the color of one's skin, but 'by the determination of one's spirit.'"-School Library Journal, starred review "Johnson provides an excellent volume that gives insight into the men as well as the expeditions, with particular appeal to middle school readers."-VOYA ". an excellent introduction to a man of courage and adventure who is all too often forgotten."-Children's Literature