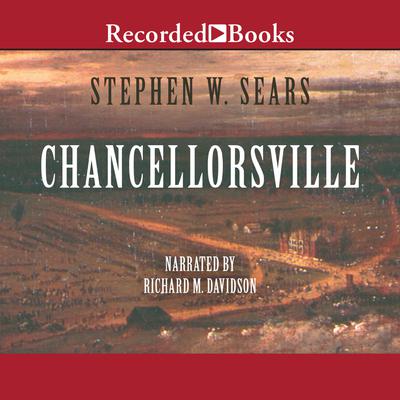 A former editor of American Heritage, Stephen W. Sears has collected a wealth of new sources for this definitive portrait of one of the most dramatic battles of the Civil War. Using scores of letters and diaries written by soldiers from both Union and Confederate armies, Sears' narrative history seeks to strip away the gloss of later commentary and restore the battle of Chancellorsville to its original voices. Chancellorsville is often touted as Robert E. Lee's greatest victory. Prompted by a campaign that maneuvered brigades on both sides into complex positions, it culminated in the most intense hours of fighting in the entire Civil War. But when the battle was over, the price of victory had been high. Stonewall Jackson was mortally wounded. Lee was committed to press north into more threatening odds. In Chancellorsville, Stephen Sears carefully traces the movements of both armies and offers fascinating vignettes of daily life within the ranks. Looking at issues from horse fodder to critical military strategy, he examines the personal and military cost of this historic clash of armies.