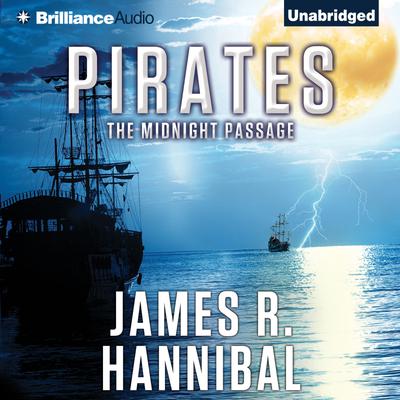 Captain James Thatcher and the crew of the sloop Adventure are on a mission—to find the legendary treasure of Captain Morgan and to restore their good names.

James Thatcher is content with the life of a privateer captain. He has his ship, he has his crew, and he has the open sea. Then, with the stroke of a pen, his world is turned on its head. Britain signs an unthinkable treaty with Spain, and this is the change in the political winds that the crooked governor of Jamaica has been waiting for. In a sudden, calculated act of betrayal, Governor Pendleton brands Thatcher’s crew and much of the privateer fleet as pirates.

Other crews resign themselves to a future as outlaws and vagabonds, but Thatcher will not relinquish the honor of his men so easily. A fortune in gold and precious gems is hidden somewhere in an ancient network of Aztec waterways, enough to buy pardons for Thatcher and his crew. The mission is perilous. The map lies in the garrison capital of Port Royal. To recover it, Thatcher must risk the noose. Worse, he must risk a run-in with the one woman he can’t resist, Lady Kate Pendleton, the governor’s daughter. Even more troubling, Pendleton has launched his own venture to find the gold, and he has enlisted the savage crew of the Havoc, captained by Blackbeard himself.

With a deadly foe close on their heels, a woman of questionable loyalties at the captain’s side, and the dark mysteries of the Aztec river tunnels ahead, the crew of the Adventure must keep their courage and wits about them.

But courage and wits may not be enough to navigate the unseen horrors of the Midnight Passage.