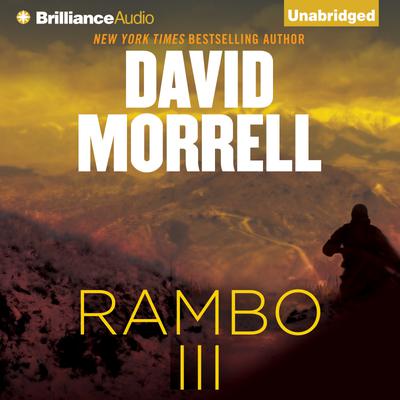 The most dangerous man in the world is back.

David Morrell’s First Blood introduced Rambo, who joined the ranks of Sherlock Holmes, Tarzan, James Bond, and Harry Potter as an international thriller icon. In this further adventure, Rambo is in exile far from home in Thailand, vowing to renounce violence and war. When his country calls him once again, he refuses to accept. But then he learns that his former commanding officer, Colonel Trautman, the only man he trusts, has been captured by the Soviets on the Afghan border during a mission that Rambo rejected. For Rambo, it’s a call to arms—and a mission back into hell. This novelization and the film have many differences. Read the story that the film could have had.

“Morrell, an absolute master of the thriller, plays by his own rules and leaves you dazzled.”
—Dean Koontz, New York Times bestselling author of 77 Shadow Street