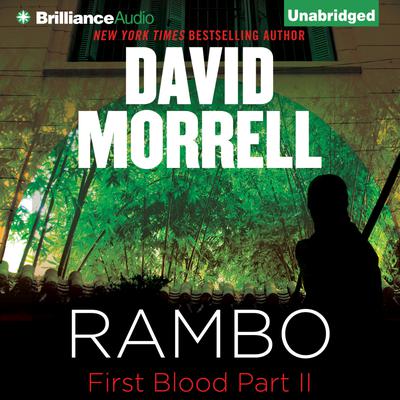 The most dangerous man in the world is back.

David Morrell’s First Blood introduced Rambo, who joined the ranks of Sherlock Holmes, Tarzan, James Bond, and Harry Potter as an international thriller icon. In this sequel, Rambo is in prison for his one-man war against a small-town police chief. His former commanding officer, Colonel Trautman, arrives with a promise to release him, with two conditions. First, Rambo must return to the Vietnamese prison camp from which he escaped and find the missing Americans rumored to be prisoners there. The second condition? Don’t rescue the prisoners. Only bring back photographs. Under no circumstances engage the enemy. For Rambo, the first part is difficult. But the second is impossible. This novelization and the film have many differences. Read the story that the film could have had.

“Morrell, an absolute master of the thriller, plays by his own rules and leaves you dazzled.”
—Dean Koontz, New York Times bestselling author of 77 Shadow Street