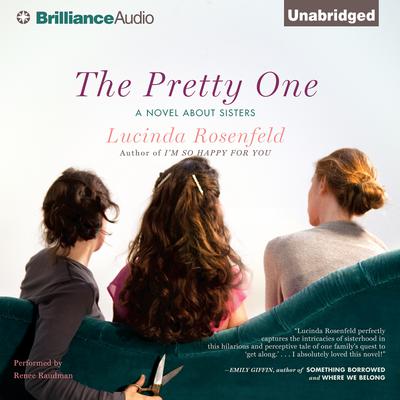 A Novel about Sisters

For nearly forty years, the Hellinger sisters of Hastings-on-Hudson—namely, Imperia (Perri), Olympia (Pia), and Augusta (Gus)—have played the roles set down by their loving but domineering mother, Carol. Perri, a mother of three, rules her four-bedroom palace in Westchester with a velvet fist, managing to fold even fitted sheets into immaculate rectangles. Pia, a gorgeous and fashionable events coordinator at a museum on the Upper East Side, who became a single mother via sperm donation, still turns heads. And Gus, a fiercely independent lawyer and activist, doesn’t let her breakup with her girlfriend stop her from attending New Year’s Day protests on her way to a family brunch. But the Hellinger women aren’t pulling off their roles the way they once did. Perri, increasingly filled with rage over the lack of appreciation from her recently unemployed husband, Mike, is engaging in a steamy text flirtation with a college fling. Pia, desperate to find someone to share in the pain and joy of raising her three-year-old daughter, Lola, can’t stop fantasizing about Donor #6103. And Gus, heartbroken over the loss of her girlfriend, is magnetically drawn to Jeff, Mike’s frat boy of a little brother. Each woman is unable to believe that anyone, especially her sisters, could understand what it’s like to be her. But when a freak accident lands their mother in the hospital, a chain of events is set in motion that will send each Hellinger sister rocketing out of her comfort zone, leaving her to wonder: was this the role she was truly born to play? With The Pretty One, Lucinda Rosenfeld does for siblings what she did for female friendship in I’m So Happy for You, turning her wickedly funny and sharply observant eye on the lifelong pleasures and punishments of sisterhood.