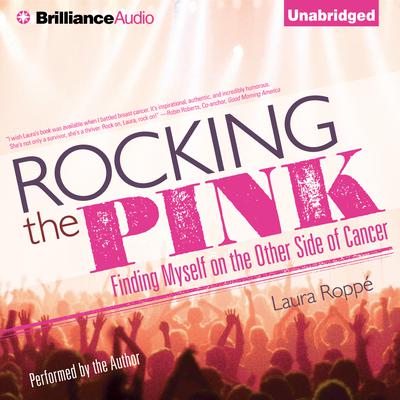 Finding Myself on the Other Side of Cancer

In 2008, just as Laura Roppé was poised to burst onto the music scene, her doctor called her with news that left her spinning—she had been diagnosed with an extremely aggressive form of breast cancer. Just days earlier, she had signed a dream-come-true contract with a record label; now, she wasn’t even sure how much longer she had to live. Never one to back down to a challenge, however, Roppé gathered her courage, took stock of her priorities, and made a decision: Cancer may take my hair, she told herself, but that’s all it’s getting.

More than a cancer journey, Rocking the Pink is a quirky, charming, and poignant ode to love, friendship, and music. Roppé is unflinchingly honest and unfailingly funny as she tells the story of her odyssey: from childhood dreamer and giddy valet parker to the Hollywood stars to disillusioned lawyer, wife, and mother; from budding songwriter and late-blooming recording artist to determined cancer survivor. Full of raw emotion and humor that will make you laugh through your tears, Rocking the Pink is a chronicle of discovering one's true self through life’s difficult circumstances—and a testament to the hang-in-tough, take-no-prisoners attitude it takes to kick cancer’s butt.