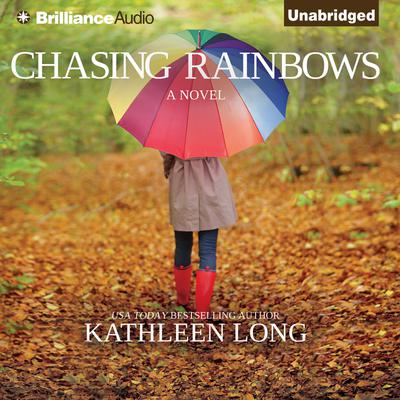 With the breakup of her marriage, the sudden death of her father, and the announcement of her best friend’s pregnancy, Bernadette finds herself careening toward rock bottom. So why stop short? She quits her job, gets herself banned—for life—from the mall, and goes on a late-night-infomercial spending spree. To top it all off, her dog gets kicked out of obedience school—again.

Just when she thinks there’s nothing left for the universe to throw at her, she discovers the one thing she needs the most: a reminder of her father’s love. In the book of cryptograms he left behind, Bernie’s father helps guide her through the pain that’s consuming her. With each solved puzzle, her father’s encoded lessons give Bernie the courage to face life head-on. And as her father always said, “In life, you either choose to sing a rainbow, or you don’t.”

For Bernie, the singing is about to begin.