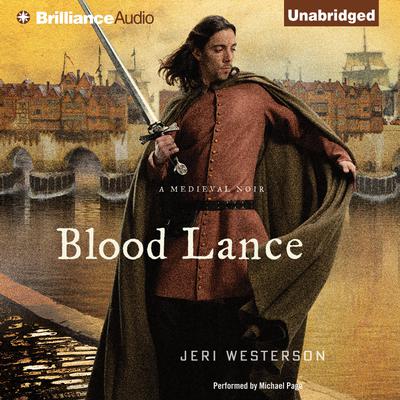 Private investigator and former knight Crispin Guest faces his most complicated case yet when he witnesses a body fall from London bridge into the frigid River Thames. Though the man’s death is declared a suicide, Guest sees evidence of foul play. His investigation leads him to Sir Thomas Saunfayl, an old acquaintance from his knighthood days. It seems the dead man was bargaining with Sir Thomas for the Spear of Longinus, the weapon used to pierce the side of Christ on the Cross, which grants invincibility to its owner.

After his friend Geoffrey Chaucer arrives in London, all too eager to help find the spear, Guest finds himself trying to solve a conundrum of many parts, all centered around the same dangerous and coveted relic. With evocative period detail and an unforgettable cast of characters, Blood Lance was a Kirkus Reviews “Top 10 Hot Crime Novels” of Fall 2012. 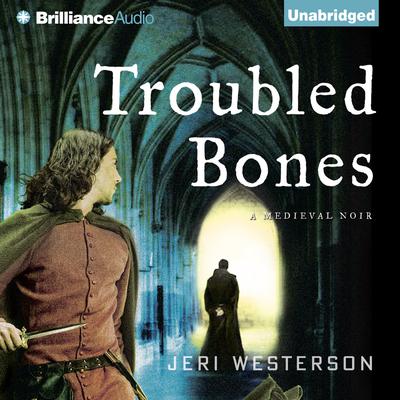 After an ill-considered action one night in London, disgraced knight Crispin Guest heeds the summons of the Archbishop of Canterbury, who has specifically requested Guest’s presence. The archbishop has received letters threatening violence against the bones of saint and martyr Thomas à Beckett, the greatest treasure on display in the cathedral... Read more »

Private investigator and former knight Crispin Guest faces his most complicated case yet when he witnesses a body fall from London bridge into the frigid River Thames. Though... Read more » 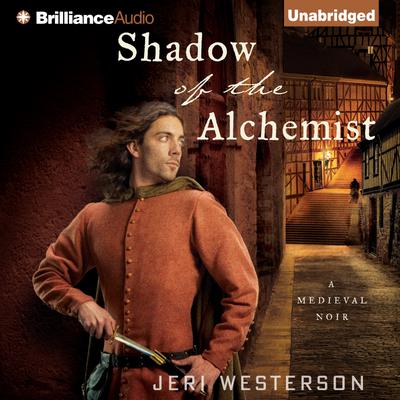 Shadow of the Alchemist
Jeri Westerson

Shadow of the Alchemist

Once a Knight of the Realm, Crispin Guest was stripped of his title and his lands and now must earn his living with his wits. In various corners of late fourteenth-century London, Guest has become known as the Tracker, a man who can solve any puzzle or find any missing object—for a price. Because of that reputation, Guest is sought out by... Read more »