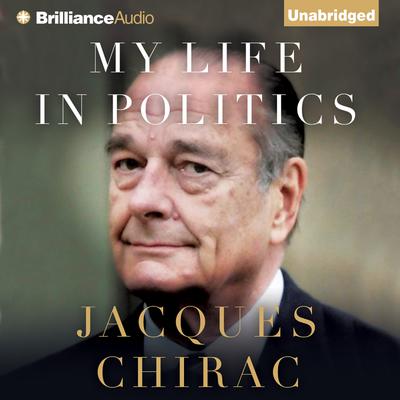 My Life in Politics

Two-time president of France, mayor of Paris, and international politician, Jacques Chirac stands with Mikhail Gorbachev, Helmut Kohl, and Margaret Thatcher as one of the most iconic statesmen of the twentieth century.

In this revealing and informative memoir, Chirac looks back at his 50 years in politics, giving us both an intimate window onto the challenges of leadership and a broad reference for much of our recent history. A protégé of both General Charles de Gaulle and President Georges Pompidou, Chirac enjoyed a meteoric rise that earned him the nickname “bulldozer.” He was at the center of some of the twentieth century’s most significant events, serving as confidante to Yasser Arafat during the Camp David peace talks, as well as being France’s point person in the early planning stages for what became the European Union. Here he discusses his relationship with Saddam Hussein and other Arab leaders and takes us through the toughest challenge that he faced as president - standing up to George W. Bush in the run-up to the Iraq War and then deciding to keep France’s army out of the military conflict.

As much a tour of the historic events that defined the twentieth century as an intelligent and philosophical meditation on the nature and purpose of power, My Life in Politics shows us global politics from an original viewpoint, forcing us to reconsider our own perspective. With his singular brio, surprising candor, and lively wit, Jacques Chirac gives us a revealing look at the political forces that shaped the world we live in today - as well as an inside look at a perennially fascinating country.