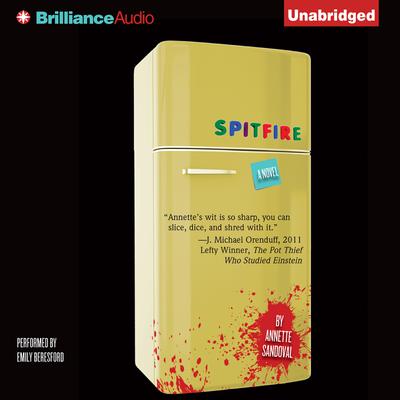 Twenty-eight-year-old Tomi Reyes is a documentary filmmaker who moonlights as a receptionist to pay the bills. It’s a pretty easy gig—until she receives an unexpected promotion, and her somewhat interesting life goes totally insane.

For starters, her new boss, Scott Martin, morphs from nice guy into creepy dictator in the space of, like, five seconds. Then Justin Thyme, Tomi’s occasional boyfriend, is found murdered and stuffed inside his refrigerator. Before Tomi can get over the shock, her friend Whim meets the same gruesome fate. Tomi has a sneaking suspicion that new-boss-Scott has a hand in all of this, but the evidence to both of the murders is pointing to her! She is wondering how she’ll look in an orange jumper, when her childhood pal is assigned to the case. Nicholas “Nickels” Turino, is now an FBI agent, and a hot one at that. When the killer starts stalking Tomi—going as far as turning her fridge into her waiting tomb—the not-so-swift hand of justice drives Tomi to act. She sets out to unmask the killer herself or die trying. Seriously underdressed for such a cold-blooded death, Tomi is determined to live.