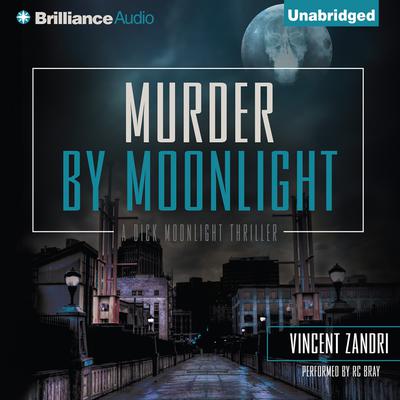 In Murder by Moonlight, Vincent Zandri’s cunning detective Dick Moonlight returns with his toughest case yet: proving an open-and-shut murder investigation isn’t over at all.

Joan Parker is the last woman private eye Dick Moonlight would ever expect to see in his Albany office. From the right side of the tracks—neighboring Bethlehem—she bears her upper class upbringing as effortlessly as a string of pearls. She also bears a scar running down her head and face—a brutal reminder of the ax attack that took the life of her husband. Her twenty-one-year-old son, Christopher, now sits in jail charged with the crime.

According to the official report—based on Joan’s answers to police when they arrived at the house and found her barely alive—she identified Christopher as the culprit. But sitting in Moonlight’s office, she reveals that she has no recollection of the event, yet is certain of one thing: Christopher didn’t do it.

Moonlight knows a thing or two about being nearly dead. And he also knows the tragedy of the police jumping to the wrong conclusions—a past case of a falsely accused client still haunts him—so he agrees to take the job and get to the truth of what happened that day. At first the trail of clues—from the crime scene to Joan’s original accusation—keeps the finger pointed at Christopher. But soon Moonlight turns up something he never expected, something more sinister than anything he’s ever come up against. 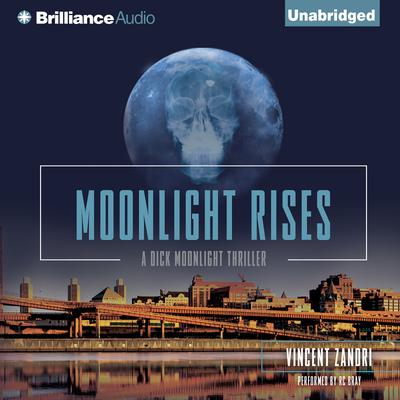 A gang of Obama-masked thugs in a downtown Albany alley gave Dick Moonlight a one-way ticket to the Pearly Gates. But when his hovering spirit slips back into his bruised body, the real trouble starts.

A private detective with a short-term memory problem, Moonlight knows he’s still in danger. He’s got plenty of enemies to keep him guessing... Read more » 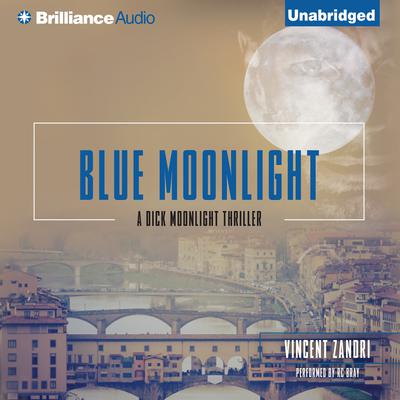 Private Investigator Dick Moonlight returns to chase down a cop gone bad in the next installment of author Vincent Zandri’s clever and cunning Moonlight series.

Moonlight has hit some turbulence. Sure, his bar burned to the ground; his significant other, Lola, left him for another man; the private eye business is slow; and his evenings are now... Read more »

In Murder by Moonlight, Vincent Zandri’s cunning detective Dick Moonlight returns with his toughest case yet: proving an open-and-shut murder investigation isn’t over at all.

Joan Parker is the last woman private eye Dick Moonlight would ever expect to see in his Albany office. From the right side of the tracks—neighboring Bethlehem—she bears her... Read more »