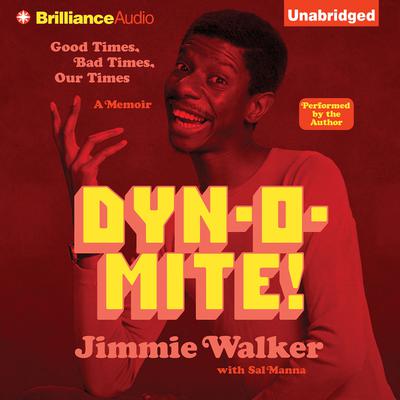 Raised in the South Bronx projects, Jimmie Walker made his way out of the perilous ghetto thanks to an ability to make people laugh. Performing in small clubs alongside friends such as Richard Pryor, Freddie Prinze, David Brenner, and Richard Lewis; opening for Black Panther rallies; and emceeing at the Apollo and for Motown tours, he was a young, brash stand-up comedian for a new generation.

By landing the role of J.J. Evans on Good Times, Walker became an icon of the ’70s and beyond. The first young black sitcom star — dubbed “the black Fonzie” — his catchphrase “Dyn-o-mite!” remains an often-quoted indicator of the era. As the show’s breakout star, he navigated the pressures of a pop culture popularity that rendered J.J. into a talking doll (pull the string!). At the same time, he was the epicenter of a major controversy over black stereotypes. Walker candidly remembers the communication breakdowns on the set that contradicted the show’s image of a close-knit, blue-collar family. Meanwhile, he worked at his craft, including hiring then-unknowns David Letterman and Jay Leno to write jokes for him. When the Late Night War erupted, Walker had a uniquely personal perspective that he writes about here for the first time.

In Dyn-o-mite! he also reveals, in characteristic bemused if lacerating fashion, the lessons he’s learned along the way about self-reliance, freedom of speech (the n-word and more), and belief in the individual — subjects he frequently talks about on talk radio and television. Imparting a vivid, insiders’ look at the edgy scene of the ’70s and ’80s, perhaps the most groundbreaking and vibrant era in comedy history, Walker paints a portrait of the life and times of a quintessential road comic.