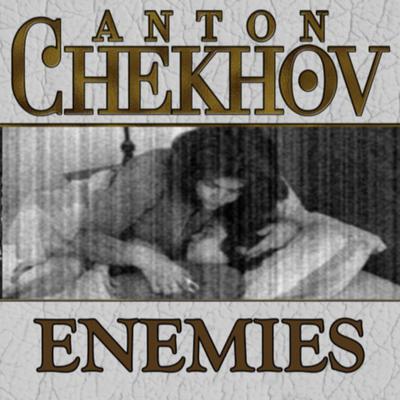 Late one evening, tragedy strikes when the town doctor, Kirilov, is unable to save his dying son from diphtheria. As he and his wife mourn their only son’s death, a stranger, Abogin, arrives at the doctor’s home, begging him to come save his dying wife. The doctor, who is still shocked from his son’s death of five minutes ago, declines Abogin’s pleas. However, Abogin refuses to give up, trying desperately to save his wife. After Abogin promises to have the doctor back home in an hour, the doctor agrees, and they set off to help Abogin’s wife. When they arrive at Abogin’s home, though, Abogin is surprised to find that his wife is not there, which threatens to change the relationship between Abogin and the doctor forever. Anton Chekhov (1860-1904) was a Russian writer best known for his plays and short stories. During his life-time, he wrote hundreds of short stories, which utilize simple prose and limited literary techniques to get to the heart of the characters. Although he attended school to be a doctor, a few years after earning his degree, he began writing short comedic pieces for journals. After mastering these short sketches, he eventually moved on to more serious works with heavier topics.