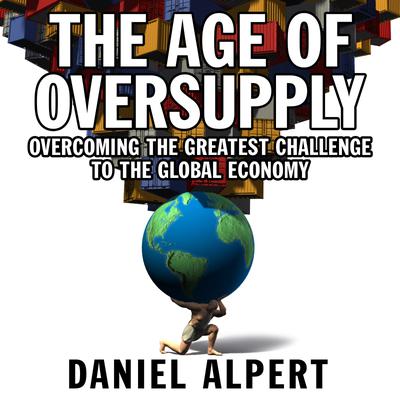 Overcoming the Greatest Challenge to the Global Economy

Why Western capitalism is broken and how the U.S. can recover its global economic leadership status The governments and central banks of the developed world have tried every policy tool imaginable, yet our economies remain sluggish, or worse. How did we get here, and how can we emerge from the longest downturn in recent memory? Daniel Alpert, a progressive Wall Street banker and economist, argues that we are living in the age of oversupply. A global labor glut, a flood of excess productive capacity, and the persistent availability of cheap money have kept the developed world in a perpetual slump—which is unlikely to right itself without new policy solutions. For decades, economists and political leaders failed to see the signs of what became a cataclysmic shift in the global economy. Distracted by a technology boom and massive debt bubble, advanced nations failed to assess the full impact of the flood of labor and capital unleashed by the end of socialist economies until the most recent financial crisis exposed it. As the BRICs (Brazil, Russia, India, and China) and others continue to poach jobs from Western Europe, Japan, and the United States, prosperity in the developed world remains under threat. This is an alarming, insightful take on our current challenges, with bold policy prescriptions, from one of our sharpest economic minds.