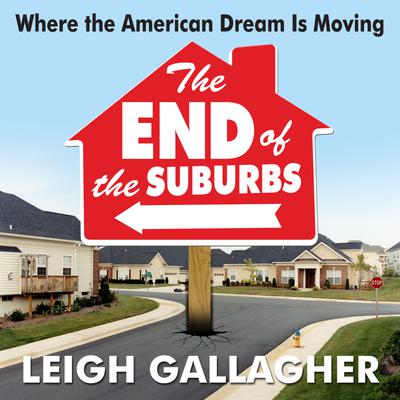 The End the Suburbs

Where the American Dream is Moving

“The government in the past created one American Dream at the expense of almost all others: the dream of a house, a lawn, a picket fence, two children, and a car. But there is no single American Dream anymore.” For nearly 70 years, the suburbs were as American as apple pie. As the middle class ballooned and single-family homes and cars became more affordable, we flocked to pre-fabricated communities in the suburbs, a place where open air and solitude offered a retreat from our dense, polluted cities. Before long, success became synonymous with a private home in a bedroom community complete with a yard, a two-car garage and a commute to the office, and subdivisions quickly blanketed our landscape. But in recent years things have started to change. An epic housing crisis revealed existing problems with this unique pattern of development, while the steady pull of long-simmering economic, societal and demographic forces has culminated in a Perfect Storm that has led to a profound shift in the way we desire to live. In The End of the Suburbs journalist Leigh Gallagher traces the rise and fall of American suburbia from the stately railroad suburbs that sprung up outside American cities in the 19th and early 20th centuries to current-day sprawling exurbs where residents spend as much as four hours each day commuting. Along the way she shows why suburbia was unsustainable from the start and explores the hundreds of new, alternative communities that are springing up around the country and promise to reshape our way of life for the better. Not all suburbs are going to vanish, of course, but Gallagher’s research and reporting show the trends are undeniable. Consider some of the forces at work: The nuclear family is no more: Our marriage and birth rates are steadily declining, while the single-person households are on the rise. Thus, the good schools and family-friendly lifestyle the suburbs promised are increasingly unnecessary. We want out of our cars: As the price of oil continues to rise, the hours long commutes forced on us by sprawl have become unaffordable for many. Meanwhile, today’s younger generation has expressed a perplexing indifference toward cars and driving. Both shifts have fueled demand for denser, pedestrian-friendly communities. Cities are booming. Once abandoned by the wealthy, cities are experiencing a renaissance, especially among younger generations and families with young children. At the same time, suburbs across the country have had to confront never-before-seen rates of poverty and crime. Blending powerful data with vivid on the ground reporting, Gallagher introduces us to a fascinating cast of characters, including the charismatic leader of the anti-sprawl movement; a mild-mannered Minnesotan who quit his job to convince the world that the suburbs are a financial Ponzi scheme; and the disaffected residents of suburbia, like the teacher whose punishing commute entailed leaving home at 4 a.m. and sleeping under her desk in her classroom. Along the way, she explains why understanding the shifts taking place is imperative to any discussion about the future of our housing landscape and of our society itself—and why that future will bring us stronger, healthier, happier and more diverse communities for everyone.